Just for fun, I did a crossword on hive inspections that I plan to put in the GBA Newsletter, but I thought I'd put it here as well for your fun and games:


If you'd like to work it online, here's the link.
1 2 3 4 5
6 7 8
9 10
11 12 13
14 15 16
17 18
19 20
21
22 23 24
25 26
27 28 29
Hive inspections
Across
Seeing these on an
inspection lets you know
without having to see her
that the queen is alive and
doing well
1
What it feels like a ten frame
deep full of honey weighs
3
Used to make the bees think
there is a forest ﬁre
6
If the temperature outside is
under 60 it is probably too
___ to open your hive for an
inspection
9
What's left in the smoker
when the pine straw is all
burned up
11
Sometimes you need to use
this tool to get the bees oﬀ
of a frame for easier
observation
12
Another name for a hive
super
14
Some beekeepers just use
one puﬀ of smoke at the hive
entry to greet the bees and
say __
16
If you see a small hive
beetle, _____ it with your hive
tool!
17
In an inspection you place
the top cover upside down
on the ground so you can
stack the boxes __ it as you
remove them from the hive
19
Really thick honey does not
pour quickly out of the cell
but is more likely to do this
20
When the beekeeper sees
this in the cells, he/she feels
great if there are multiple
colors
21
A term to describe how bees
make honeycomb on
foundation
22
This or other varieties of this
substance can be used to
reﬁll small hive beetle traps
during an inspection
24
If you use hive drapes, you
should pick tightly woven
material. Bees have hair all
over their bodies and are
likely to get caught in the
material if it is nappy or
_____.
25
The drone is not a girl.
Instead the drone is a ___
27
State that is the largest
source of package bees in
the country
28
The last three letters of the
protective headgear worn
during an inspection
29
Down
Description of slime left by
small hive beetle
2
Bees typically land in the
entry and walk in__ their hive
3
We want to ﬁnd in our
inspection that the hive is __
4
It's better for your hive to
face east or southeast than
this direction
5
What the queen is to the
bees in the hive
7
When you hurry and ____
through an inspection, you
are likely to miss something
important or to make a costly
error like dropping a frame
8
Collect this to melt and make
hive products
10
An essential implement to do
a hive inspection
13
Term for larvae
14
If you only see drone brood
in an inspection, you may
have a _______ queen
15
The key to a successful hive
inspection is to move ______.
17
Delicious product of a strong
hive
18
The drone is not the Mama
of the bees but when he
mates with the queen, he
becomes the __.
21
If you break open a lot of
honeycomb during an
inspection, you invite other
bees to do this to the hive
you are inspecting
23
An abbreviation for
Tennessee apiary! Or when
you close up the hive at the
end of an inspection, you
might say, __dah!
26
Email ThisBlogThis!Share to TwitterShare to FacebookShare to Pinterest
at 7:43 PM 3 comments: 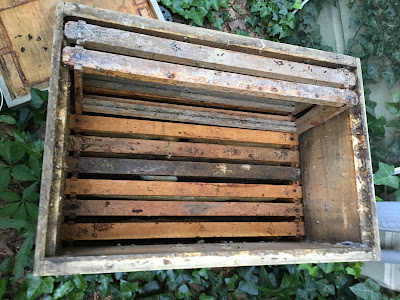 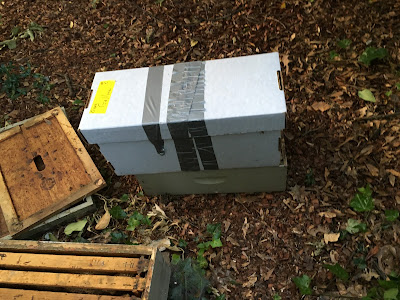 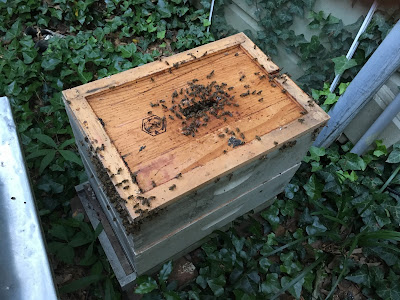 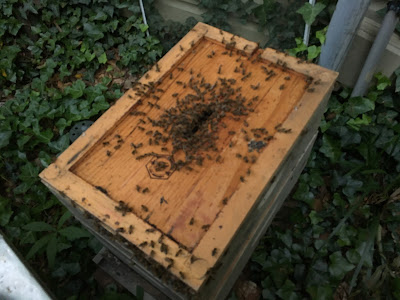 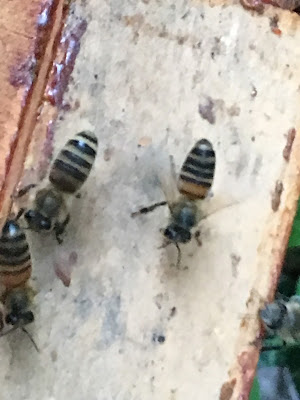 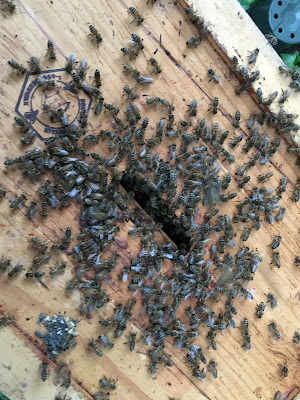 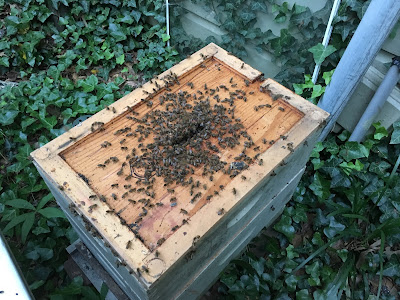 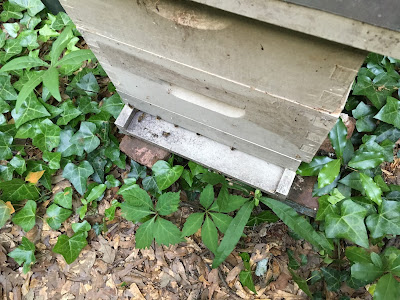