How is Honey Made by the Bee? Spoiler Alert: It isn't Vomit...

At the Carter Center on Saturday at the Butterfly Trail Discovery Day, I had to field questions over and over about how the bees produce honey. People wanted to know if the bee vomited the nectar from a stomach.

I had to explain that although I do have a friend in West Palm who calls his apiary Bee Barf Apiary, in fact, the honey bee has an entirely separate honey pouch or stomach in which she carries her nectar. Her digestive organs are different from the place where the nectar goes. I felt clumsy in my explanation.

I have just read this article, however, which is the clearest explanation I have ever read of how the nectar is carried by the bee, how the nectar turns into honey, and how the digestive tract is separate from the honey processing part of the bee. You can read the article here.
Email ThisBlogThis!Share to TwitterShare to FacebookShare to Pinterest
at 10:27 PM No comments:
Labels: barf, honey making process, honey stomach, vomit 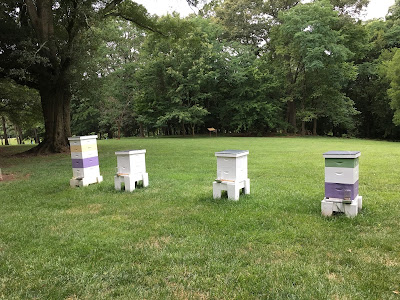 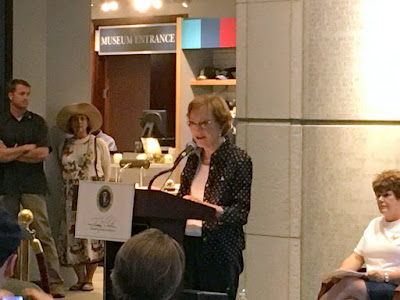 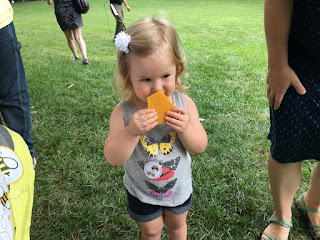 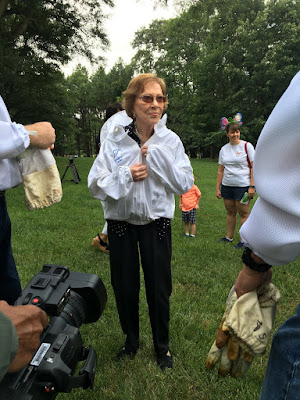 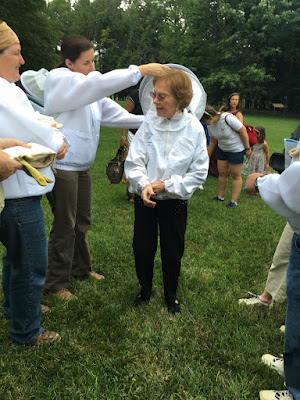 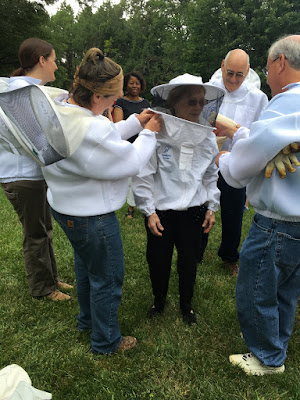 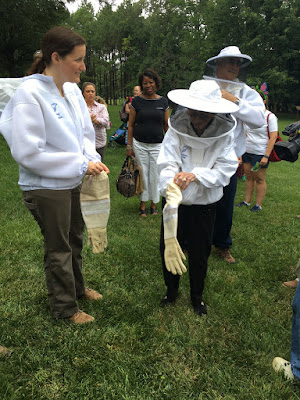 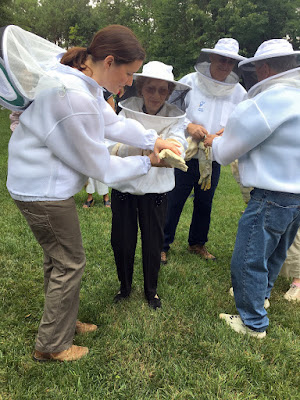 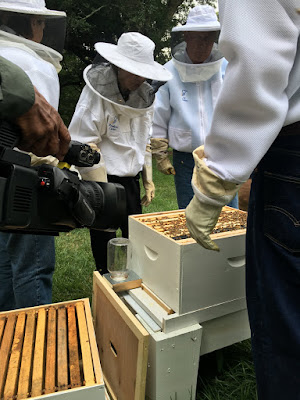 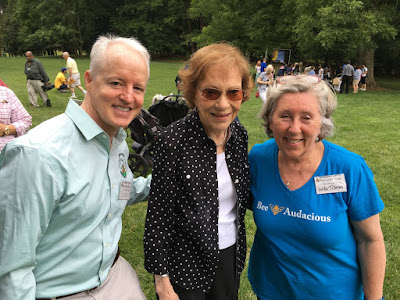 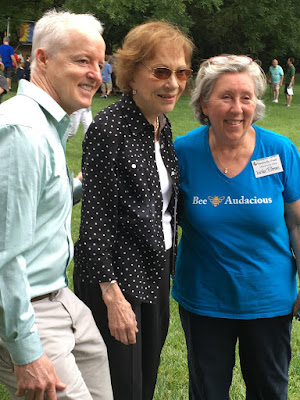 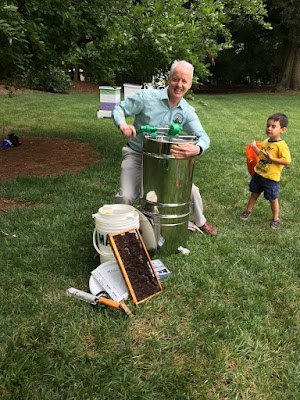 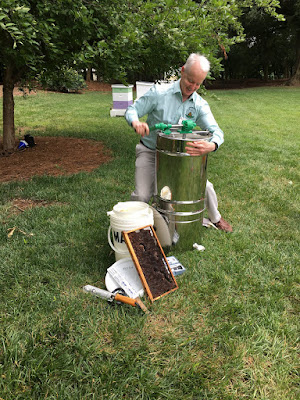 I'm at a professional conference in Bedford, Pennsylvania at the Omni Bedford Springs resort. As I drove in I saw this old style building with bright blue beehives behind it. Later that day I stopped, pulled my car off of the road and walked over to take their photo. 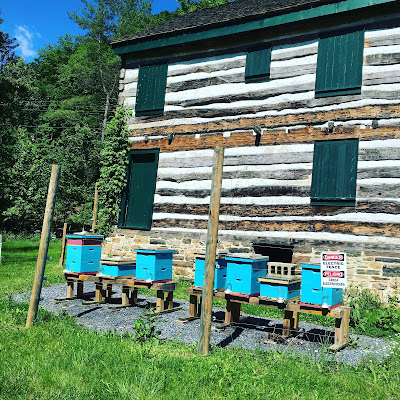 I stopped at the concierge desk to ask about hiking trails. I wanted to find a way to walk to the beehives. The young man said, "You're a beekeeper?" He wanted to know why bees were dying, etc.

He told me that last year was the first year the hotel had had bees and they had all died over the winter. He said that these are Russian bees since they have been told that they are hardier. 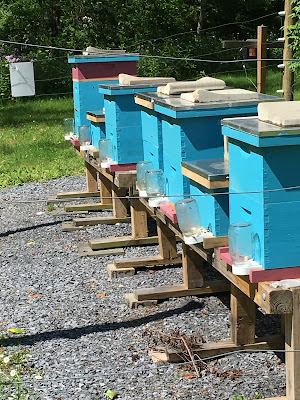 I have seen bees on many flowers growing on the property and flowers are blooming everywhere. They are feeding these bees sugar syrup...as nectar is flowing. I guess their beekeeper has also been schooled to "feed, feed, feed" regardless of the nectar. It does mean that their honey will be laced with sugar syrup.

I did see lots of bees on the property gathering nectar: 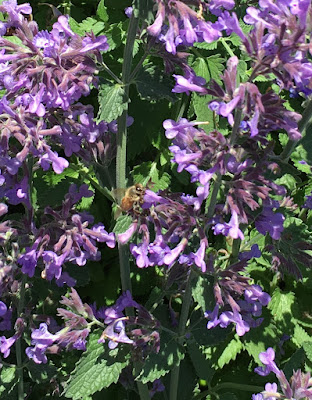 Email ThisBlogThis!Share to TwitterShare to FacebookShare to Pinterest
at 8:28 AM No comments: