I was lucky enough to hear Mark Winston in the spring of 2014.  He is the author of the Biology of the Honey Bee that I and many others studied for Master Beekeeper.  He writes essays on his blog and his essay today just blew my mind.

Please go and read every single word of it.

I hope to have the opportunity to hear him in person again soon.  He has some good YouTube videos:

Now THIS is a Beard

This hive started from a package that I got from Jarrett Apiaries at the beginning of bee season.

I got home in the 90 degree June (??? - feels like August) Atlanta evening and found this hive looking like: 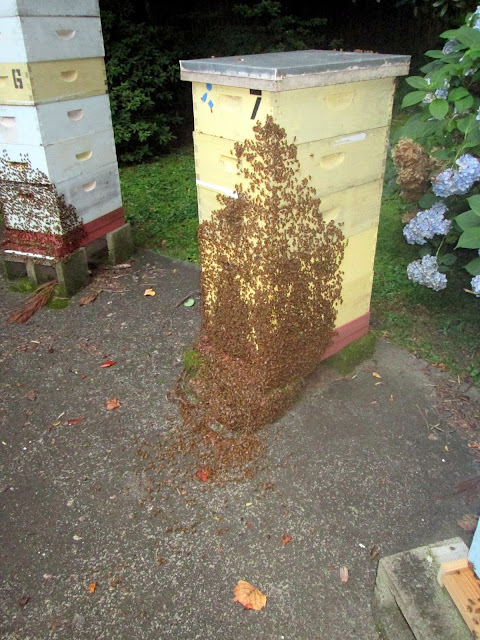 And when I went around to the back, there were even more bees consigned to the outside of the hive! 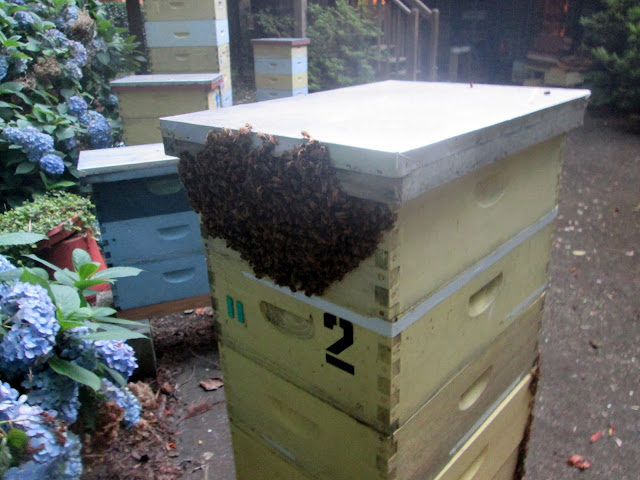 This is a HUGE hive and I have not opened up the screened bottom board.  I haven't done that for the last two summers.  But for this hive, I may have to.

I wanted to give them room to spread out inside the hive but it was 8 PM when I got home.  So I went out and put on two empty boxes - undrawn frames - just to give them some hangout room inside the hive.  (This hive has a slatted rack at the bottom.)

I carefully moved the top to avoid upsetting the bee beard at the back and gently put those girls on the inner cover.  Still it was hard to find a handhold.  I only got stung once in this whole maneuver, though, on the ball of my thumb.  I put the two empty boxes on and closed the hive up.

One bee seemed interested in the salty sweat on my hand: 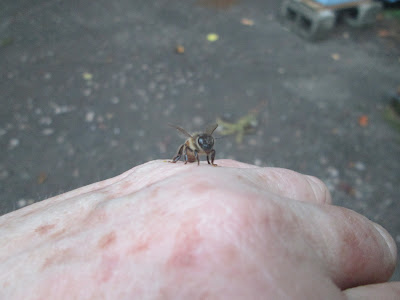 However, as night fell, the beard was hardly disturbed and no bees appeared to go inside. I expect the space needs to be distributed throughout the hive for them to take advantage of the extra boxes I gave them. 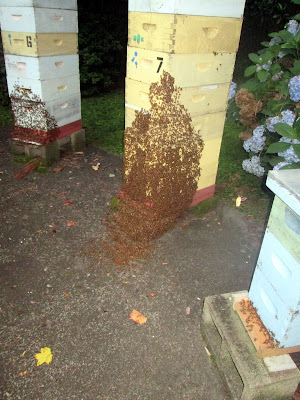 After a hot night, the beard was only slightly smaller this morning, but there were no bees bearding at the back of the hive.  I'll put some beer caps on the inner cover to lift it up a little and that might help as well. 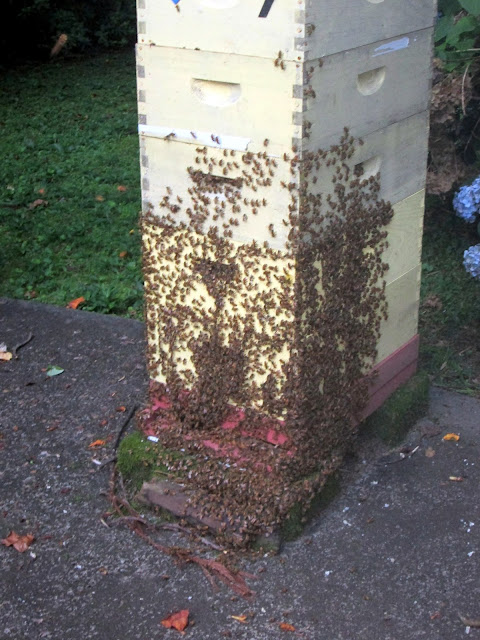 The nectar flow is over and it's time to harvest and make splits. I'm not certain about this hive because at Jarrett Apiaries, they use oxalic acid, so this hive may not be able to deal with varroa mite on its own.  Still, it's such a strong hive that I will make some overwintering nucs from it for the winter.

I'll have my work cut out for me for the next couple of weekends! 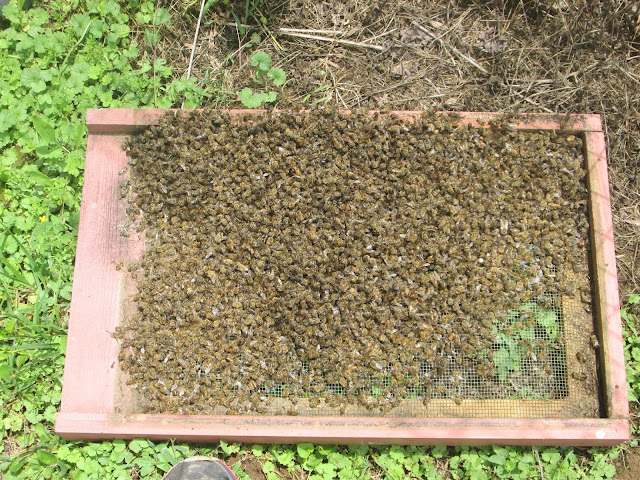 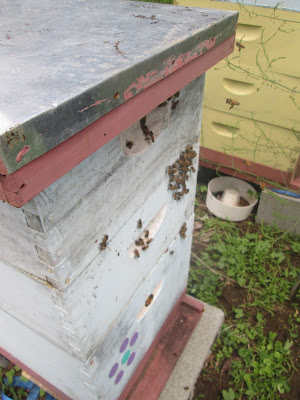 Video of a Queen Moving Around the Hive

This talented photographer/beekeeper, Anand Varma, has made this video of the queen moving around the hive. He attached a fluorescent marker to the queen's back and shot this in black light in the hive. On my computer, at first it looked like the video wasn't actually posted, so be patient if it takes a moment or two to load. Since Mr. Varma is allowing people to embed his video in their websites, I wanted all of you to see it:

I wanted to show how a queen bee moves around her hive so I attached a fluorescent marker to her back and made a time lapse of her walking around under black lights.

Email ThisBlogThis!Share to TwitterShare to FacebookShare to Pinterest
at 7:38 AM No comments:
Labels: Anand Varma, queen, queen moving