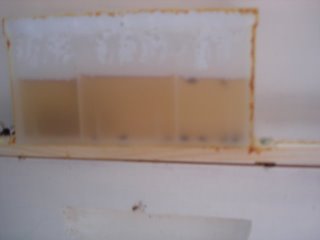 It's hard to take a picture in focus of this trap because the beetles are dead in apple cider vinegar. The first picture is from Destin where it looks as if there are at least 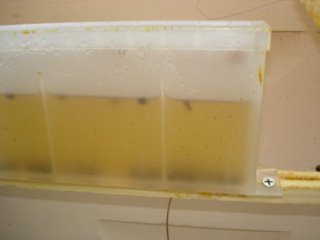 8 small hive beetles drowned in the trap. One entered it as I was watching as if that were a good place to hide from me during the inspection - little did he know!

The trap on Bermuda had many more: they lined the bottom and at least five were floating on the top. The bees had propolized about a one inch section of the opening so I slit it open with my hive tool.

I didn't try to empty the trap - I'll do that at my next inspection. I simply returned the frame with the trap to position 1 in the super. 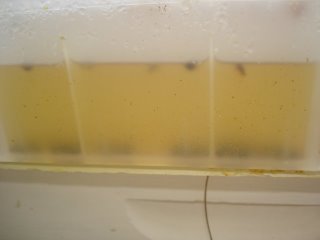