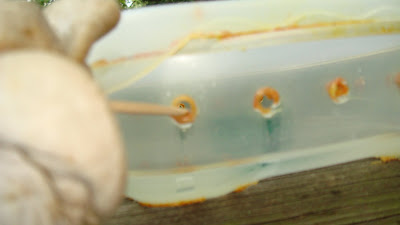 I checked all three traps. They each had a few beetles in them. The bees had propolized the holes so I took a toothpick and cleared out the holes. Only in one hive, Proteus were there dead bees in the trap - my bees are much smaller these days - so maybe 3/16 inch is large enough for some of the smaller bees to follow the lure. 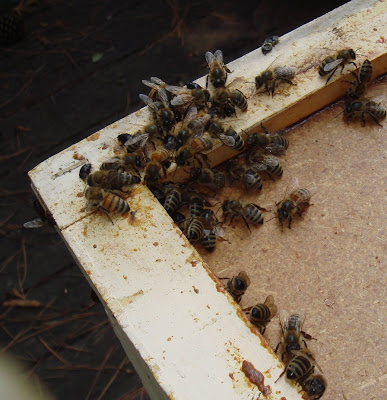 I was disappointed to find that under the inner cover on Bermuda there was this corner congregation of SHBs. The bees were not happy they were there (witness the bees trying to attack the beetles), but there were more SHBs out of the trap than in the trap. Click on the picture to see it (and the beetles) larger. 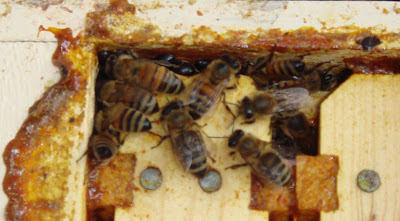 As per an email from Sonny of the Sonny/Mel SHB trap, I have removed the inner cover from each of the three hives with the traps on them. Hopefully this will send the beetles to a death by FGMO drowning!