Today I checked the small swarm hive and found to my dismay that the #8 frame as well as the #7 frame was full of wax moth damage. When I first opened the hive, a fat juicy wax moth crawled right out onto the hive box - YUCK. I smashed several wax moths with my hive tool and then tried to remove the damaged comb. In the end I took it out of the hive altogether and replaced the frames with frames of young brood from Mellona. I leaned the frames against the deck to see if bees wanted anything that was still there - pollen and such - but later I'll put them in one of my strong hives to get cleaned up.

The poor small swarm continues to struggle. I think today I'm going to call about ordering a new queen for them since they didn't make a queen cell from the frames I gave them on Sunday last week. 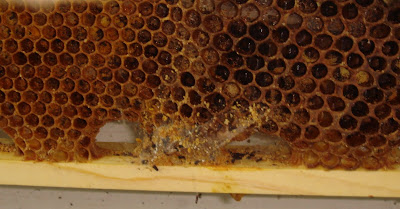 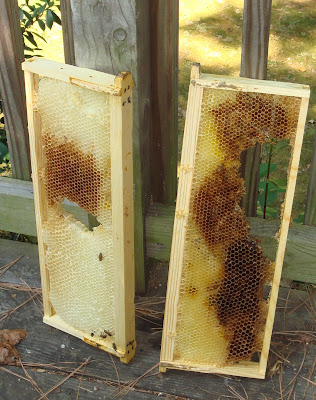 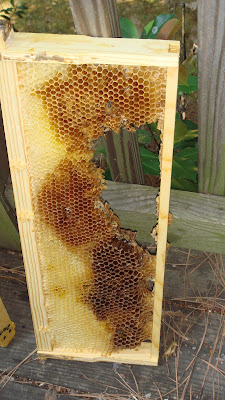 Email ThisBlogThis!Share to TwitterShare to FacebookShare to Pinterest
at 11:34 AM
Labels: small swarm, wax moth