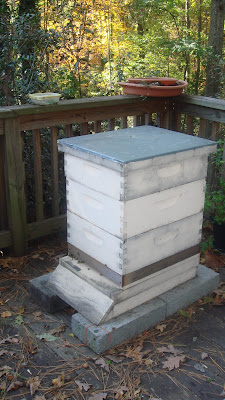 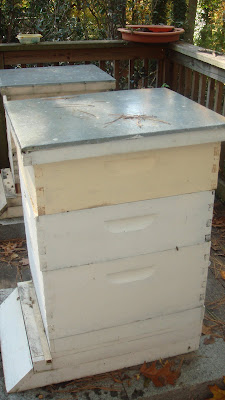 Last night we had freezing temps - not for too long, but long enough for my fig tree's leaves to curl up. This morning I worried about the bees. I was out of town last weekend so I haven't checked them in two weeks, and I didn't know if more food were needed. 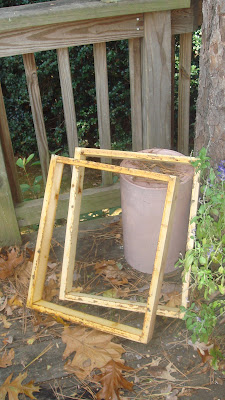 I opened the top of Mellona and didn't see a bee. There were a few stragglers on the outside, but I only saw a silverfish on the top cover and no bees. My heart sank....not another absconded hive. It was warmer - about 50 - so I lifted up the second box and under it the bees were clustering! I was thrilled and hoped I didn't chill them too much. I immediately put the hive back together.

I left them with a bag of new 2:1 sugar syrup on top of the frames and took the propping stick out of the tops of both hives.

Bermuda was active and clearly doing fine. I'll give them sugar syrup tomorrow because I needed to make more and it will be too hot to put on the hives until tomorrow. It actually will cool pretty quickly but I can only work on the bees today while my grandson is asleep and he'll wake up before the new syrup cools.

FWIW, the weather reports show no rain at any time in the near future.