"Damn, it feels Bad to Bee a Beekeepa'"

With apologies to the Geto Boys, while they thought that "damn, it feels good to be a gangsta," I've been thinking, "Damn, it feels bad to be a beekeepa'." Especially when tragedy strikes.

Today I inspected the hive that looked as if it were being robbed the other day. There are bees buzzing all around the hive and the other night they slept in a clump on the corner of the roof of the hive. Bill Owens wrote me that those bees were probably residents of the hive and couldn't get in because I had mostly blocked the entry, so they spent the night on the corner.

And that's probably true, but when I opened the hive, it had been completely robbed out although there were bees everywhere. 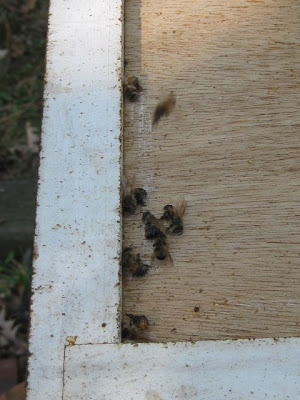 Typically robbed comb, with ragged edges and absolutely no honey at all. 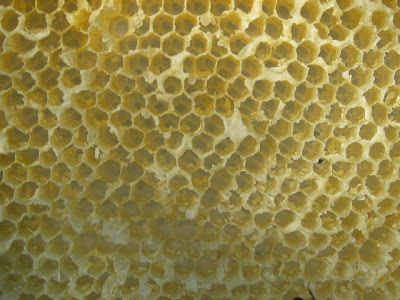 Dead bees on top of the brood frames. 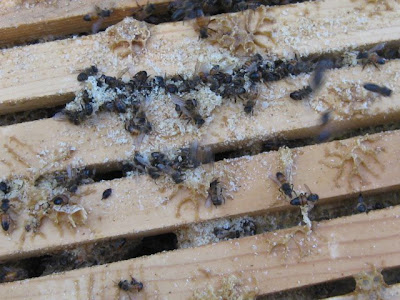 And a heartbreaking load of dead bees on the bottom board. 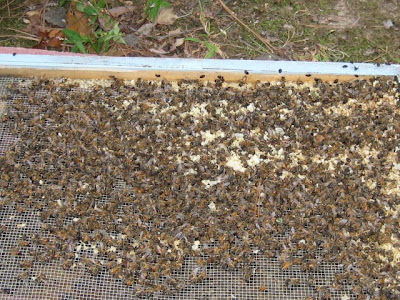 I felt sad and sick. I guess the absconded swarm that ended up finding me actually was the core of the old hive and a queen who made it out after the robbers ruined their home. I was proud of those four frames in a medium nuc brave bees. But very sad to lose this hive and the new queen I purchased from Rossman.