A Dangerous Time for Bees in the Mid-South

If a hive is going to fail in winter in Atlanta (in the mid South), now is when it will happen. Between now (early January and the middle of March we have crazy weather.

The good news is that it isn't so cold on many days and the bees can leave the hive to relieve themselves.

The confusing part is that with it 70 degrees as it was today, they might think we are closer to spring than we are. With global warming, last year, the red maple, which usually blooms at the end of February, was in full bloom in the middle of January. The bees then have a pollen source and think maybe it's time to build up. I do see bees fully laden with pollen going into the hive on these warm days.

Then as frequently happens we have a hard freeze for a week or so and they are confined to the hive again. By now the bees may be quite low on stores, raising young, and they starve to death.

The worst snow in the 30 years I've lived in Atlanta occurred on March 13, 1993 - it could certainly happen again. It is not unusual for us to have quite cold weather when one would think it is spring. We had a very hard freeze for several days in April a couple of years ago.

So now is the time, at least in the mid South, to watch colonies and check for weight to know if the honey stores are strong enough to make it through these roller coaster months. And to feed the bees if the stores are low. Because we are feeding to help in the event of cold, cold weather conditions, feeding should be done in something like a baggie feeder inside an empty hive box above where the hive cluster is probably hanging out. This weekend I'll probably be supplying sugar syrup to a couple of my hives.

Pictures below are the activity at my hives this morning....lots of bees out and about. 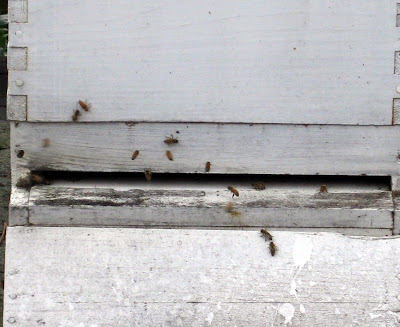 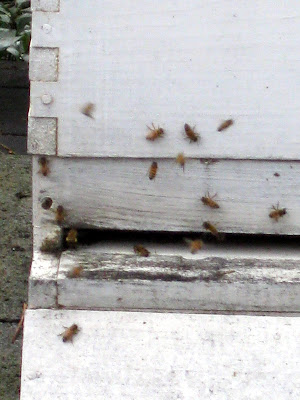 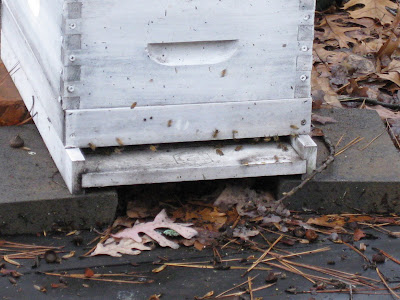