Death to the Hive Beetle!

I opened my hives to find small hive beetles in every hive this weekend. I don't have any traps in place on the hives at home, but clearly now is the time. I smashed beetles with my hive tool and generally created beetle mayhem all over the inner cover.

Here are some dead hive beetles, smashed with the mighty hive tool! 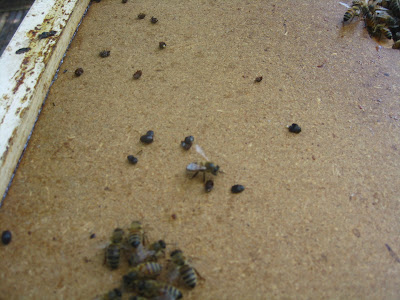 In this second picture, you can see a bee in the lower right hand corner curling herself around the hive beetle in an effort to deter him. 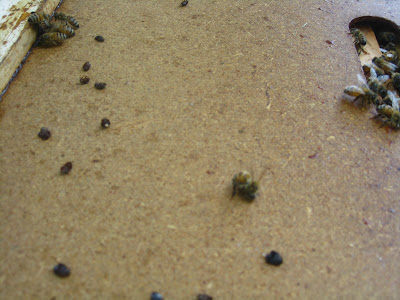 I must have smashed about 30 of the horrible creatures and then left them for dead on the inner cover. 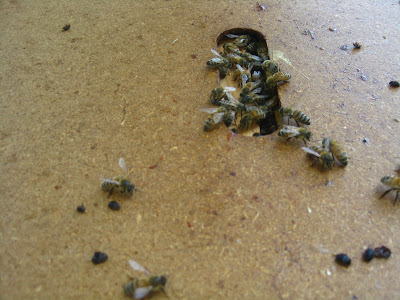 I have some AJ's beetle eaters and installed them on the three deck hives. The AJ's beetle eater is a black container of oil closed with a plastic screen to let the hive beetles in but keep the bees out. I will look later in the week and see if they are working. It hangs between the frames and looks like a large black zipper. 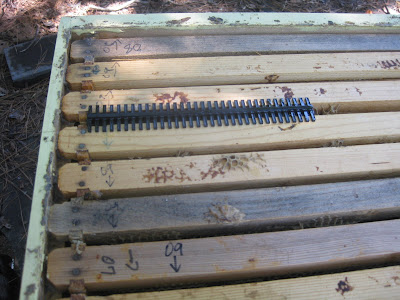 I was opening the hives to get honey to harvest. The pickings were slim - I took five frames of honey off of Bermuda because in the 10 frame super, that's all there were. It's a bad year for honey. There were tons of SHB that came into the house with the honey frames. I must have smashed at least 10 -12 on each frame of honey.