Today Jeff and I did a quick Topsy check over lunch. We hadn't opened this hive since spring came around. First thing we both noticed was that there were signs of bee poop around both entrances. This could mean nosema or it could mean desperate release after the cold weather. In any event, we documented it with a photo and will see if it's worse when we return. 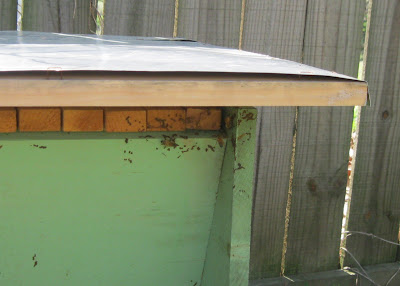 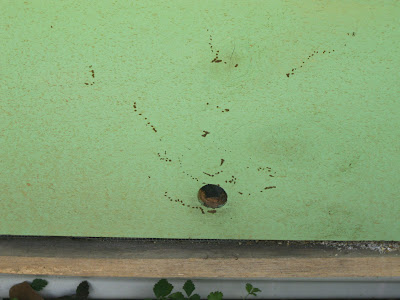 First we pulled up the honey comb. Losts of beautiful new wax. Some was cross-combed and we broke it off and tried to straighten it out. 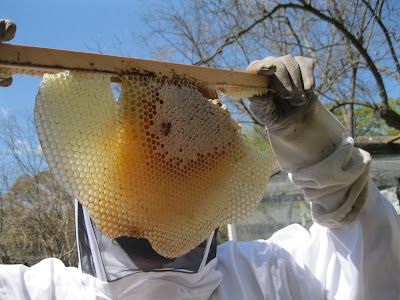 I don't know what to do with this errant comb - especially since they are storing honey in it. 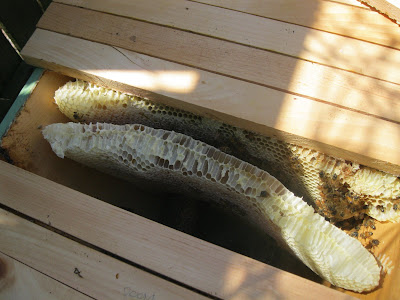 The first comb at the beginning of the hive was being used for honey storage. 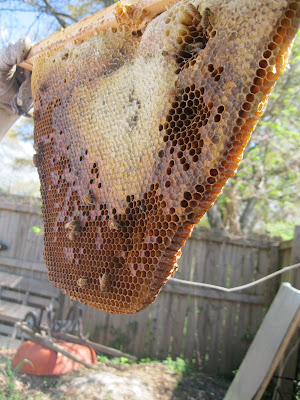 The second comb and several others contained brood and young larvae. We didn't see the queen and in the glare of the 1 PM sun, we couldn't see eggs, but obviously the queen is laying and building up her numbers. 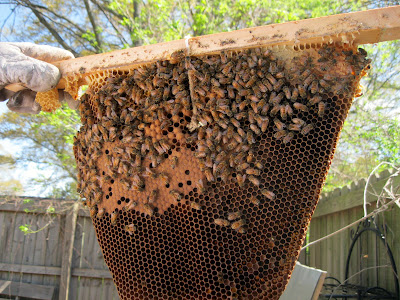 On the down side of things, we saw 2 hive beetles and killed one wax moth larvae. In this photo magnified, I can see two bees with DWV (deformed wing virus) which is vectored by the varroa mite, but I don't see any varroa on the backs of any of the bees.  We also (on the down side) still at some point need to deal with the errant comb - maybe we just harvest it so the bees have room to expand the brood nest.