This morning I stopped by the Rabun County hives on my way to a professional meeting in Young Harris.  They have been established for two weeks now and are doing really well.

In the first hive (in the old hive box), the bees were concentrated on one side of the box.  They peeked up between the frames as I opened the hive: 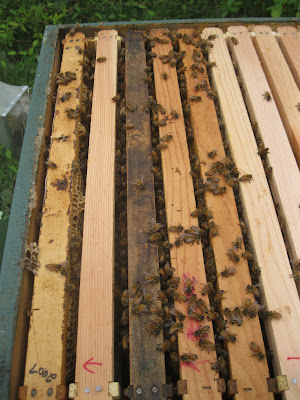 I checked the hive and they were mostly using the old comb frames and had not begun to draw out the new foundationless frames.  I moved the concentration to the center of the box and put a couple of undrawn frames on either side.

When I slid the frames apart to remove them, the bees were festooning, linked together making wax.  I hated messing up the good work they were doing! 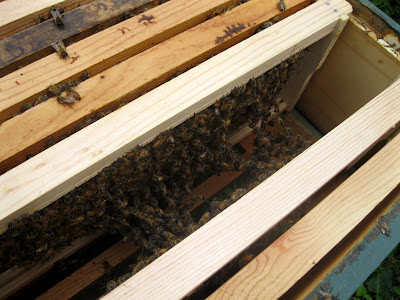 I never saw the queen but I did see brood and eggs so I was relieved.  Because the nectar flow has started, and I won't be back for a couple of weeks, I added a box of empty frames for them to move into when they are done with this box.

I moved on to the new box.  I was so pleasantly surprised.  The bees had drawn comb on every single frame in this box.  Each frame looked about the same like the photo below: 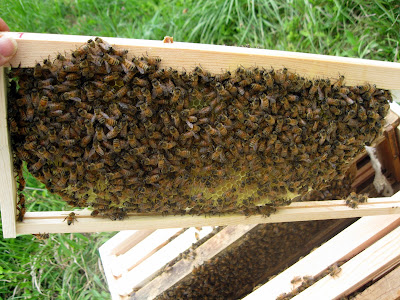 I thought you'd like to see a close up of these beautiful productive bees.  Here they are: 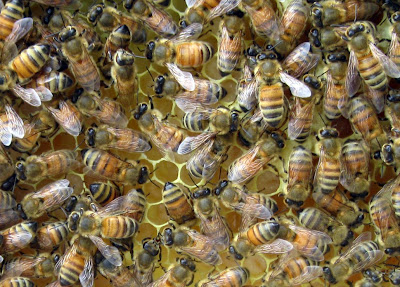 '
Toward the right side of the photo above, you can see some really fat larvae waiting to be capped.

And then on the next frame, the same one on which she was installed, I spotted Her Majesty.  She is a gorgeous queen, moving regally along the honey comb. 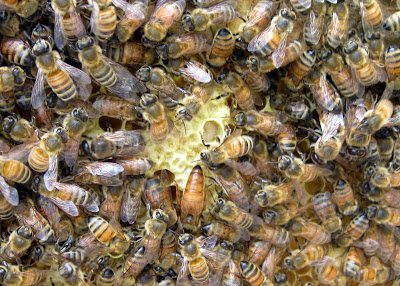 I gave this hive another box as well and expect they will use it as well as they have the first one.  Good I visited this morning - the rain has been terrible all afternoon and late into the night.

I left the hives closed up for another day and hope they keep going as well as they have so far. 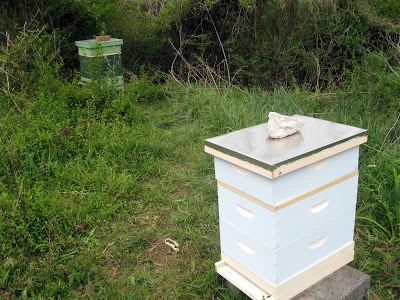