Consolidating a Hive as Winter Preparation

We haven't checked on Blue Heron in about a month so we decided to go over there today. Julia's hives at home were markedly low on stores and not at all ready for winter so we assumed Blue Heron was probably in the same state. We didn't want to feed these hives but are afraid that we will need to.

Noah looks into his hive there - at least we see bees. We noted that the screened ventilated top cover needed to be replaced with a solid cover for winter. 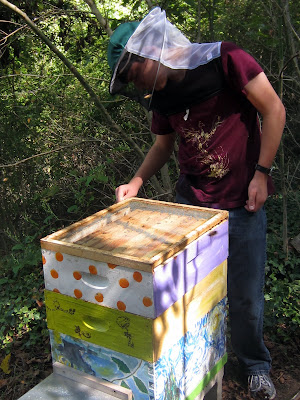 Unlike Julia's hives at home, there was some honey in this hive. This frame is typical of what we saw....not full frames of honey but some honey on enough frames to fill a box. 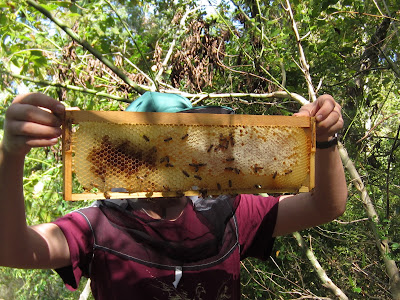 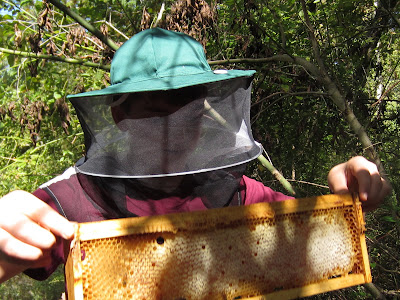 When a frame was mostly empty as the one hanging on the rack is, we decided to leave it out of the hive to consolidate and give the bees less space as winter approaches. 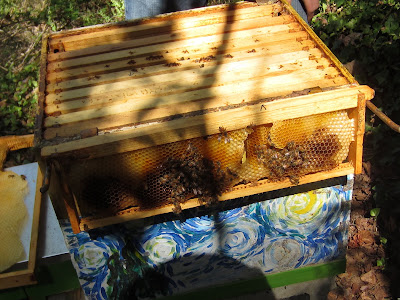 Frames with brood or with nectar stored Julia put into one box. The box originally had about five frames in use and the other five were empty comb. So she substituted frames from the second box that were in use for the unused one (thus removing one box from the hive). 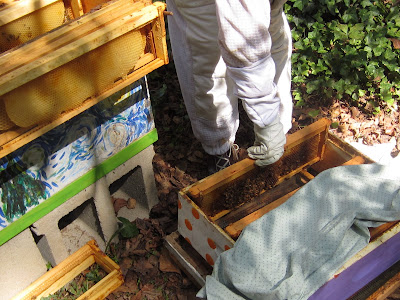 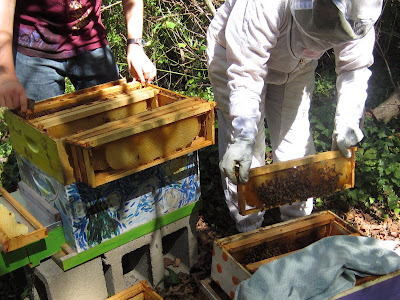 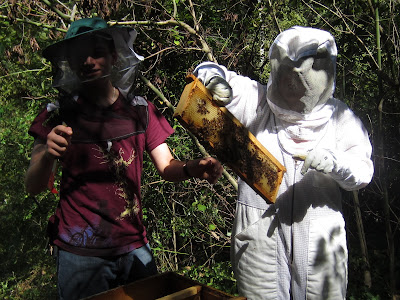 In the end she had a box full of frames that were in use - either for nectar storage or some brood. 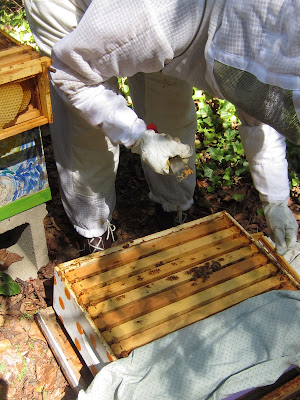 When we opened the bottom box, we found the queen on the second frame we pulled. That felt good to all of us so we closed up the hive. 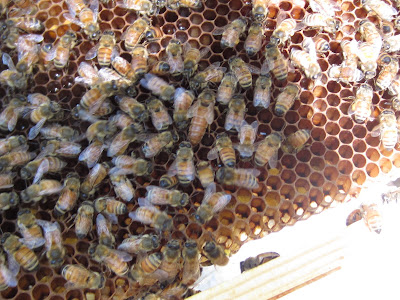 There was brood in the bottom box as well as you can see on the frame below. 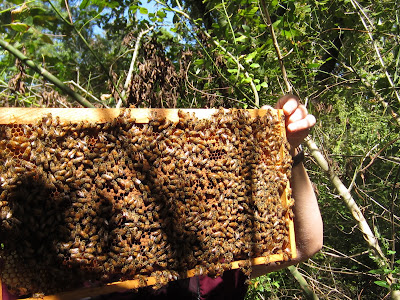 Julia had brought honey to feed this hive so she put a baggie of honey on the hive and cut slits. 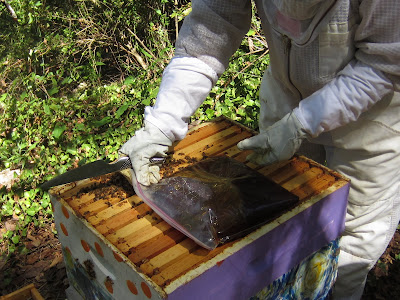 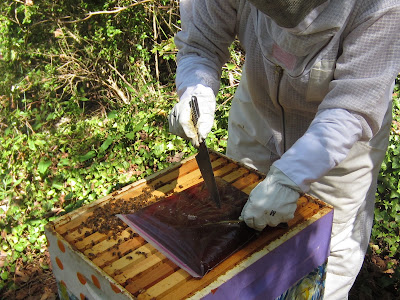 Now that we are committed to feeding these bees, they will need feed again probably in less than a week, although the field around the Blue Heron garden is full of blooming goldenrod and aster.