Bees at the Old Home Place - Getting Ready for Winter

Back at my old house there are four hives. I needed to check on them to determine if they are going to make it through the winter. The first hive I checked was the swarm hive. They are still in OK, but not great shape. They are only in one box but are filling that box. There is brood and stored nectar, but no honey. I decided that if these bees have a chance, they will need to be fed.

I had brought enough bee tea for all the hives at this house. 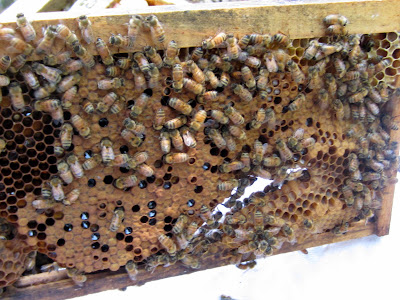 I emptied two quarts into a rapid feeder and closed up the hive. 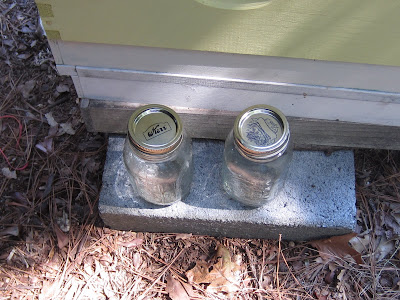 Then I opened Lenox Pointe. The top box was relatively empty but the next three boxes were good and had honey stored since I didn't rob all they had. They should be able to make it through the winter in the deep and one medium, but I left them with three boxes, at least for this week. I may consolidate more next week.

I was afraid not to feed them. We have no nectar in Atlanta right now and all the hives are relatively light. If I don't feed this hive and am feeding the weaker hive next to them, they are likely to rob out the smaller hive. So I put a rapid feeder on this hive as well. 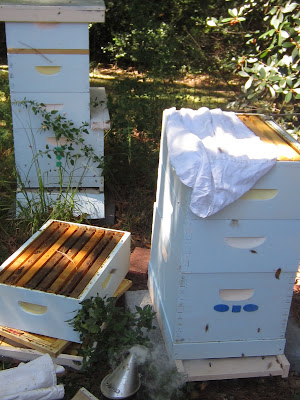 Colony Square was in great shape, also. Here is some of their honey - this was from the top box and isn't a full frame, but it's stored honey. Using the same logic, I left Colony Square with a rapid feeder as well. 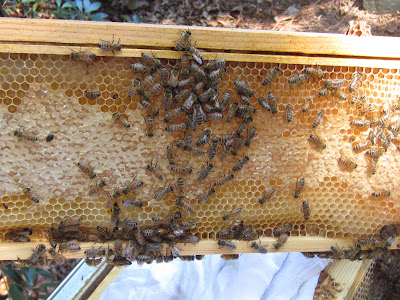 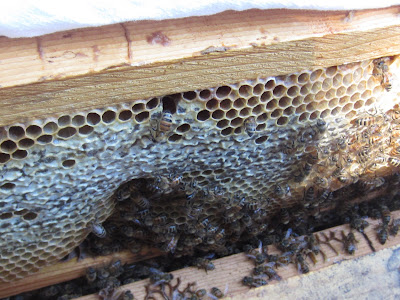 Number 5 is one we brought back from the farm. They were in really bad shape when we first got them to Atlanta. They are really small now like the hive at Blue Heron.

The bees were only in the bottom box and only filled half of that box. This might also be a hive that needs to overwinter in a nuc. 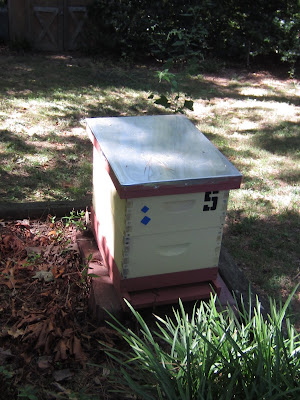 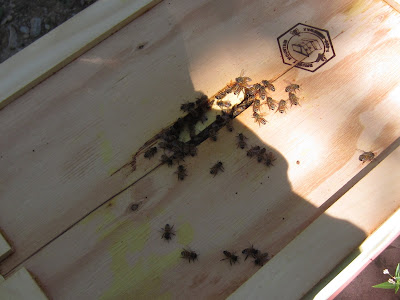 They had brood, capped and uncapped and stored pollen but not much honey. I felt very discouraged until I lifted the second frame and found 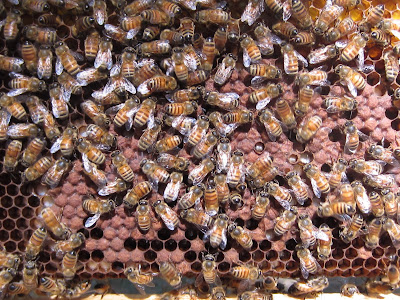 Her majesty in the act of laying an egg. She looked great and gave me hope.
I filled their rapid feeder and will check early in the week next week. 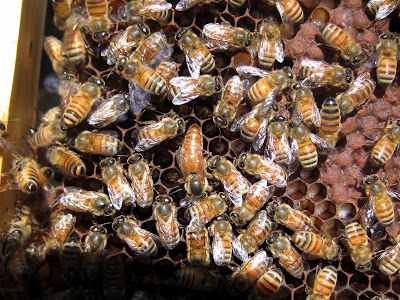