Queen of the Sun - a Great Bee Movie

Last night Julia and I went to a screening of "Queen of the Sun" at a local food club meeting.  We took food - it was a potluck dinner - to a local bar that opened just for this meeting.  We had a great time talking to people there and watching this wonderful movie about the bees. 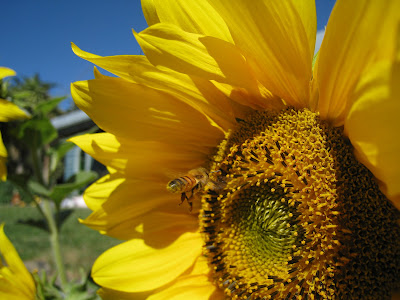 My favorite character who was filmed was this beekeeper, who keeps his bees without a shirt and wearing a necklace.  His funniest moment was when he used his mustache to brush the bees. 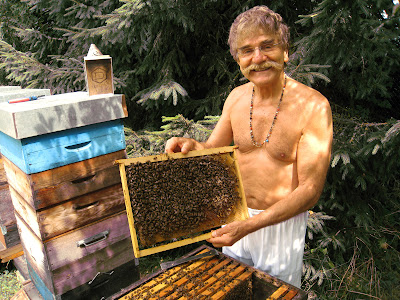 The movie was well-done, in support of natural beekeeping and there are many interesting versions of hives in the film, such as the one below.  There were also frames that were different sizes. 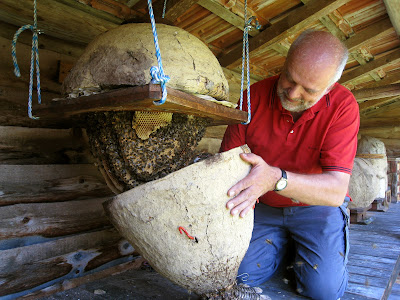 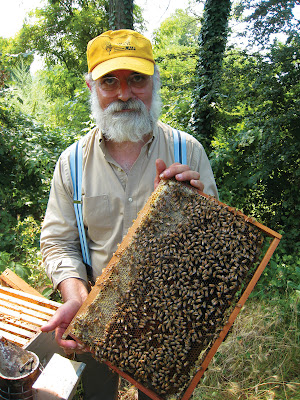 As you can tell from the comb attachment in the frame above, most of the beekeepers in this movie practiced foundation-less beekeeping.

The movie was filmed all over the world, which adds a lot of interest.  My only regret is that most of the beekeepers interviewed except for one, who was shown without her bees, were men.
Email ThisBlogThis!Share to TwitterShare to FacebookShare to Pinterest
at 8:48 AM
Labels: bee movie, foundationless frames, queen of the sun