Another Bee Day - at Jeff and Valerie's House

Today I went to Jeff and Valerie's house to check the hives there.  I started with Five Alive.  Look at the beautiful wax they are drawing.  This is the last frame in the box so it is drawn out the least. 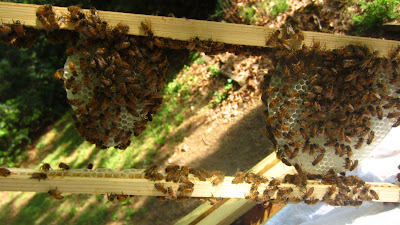 The hive was full in every frame except the outside frame, so I decided it needed a new box.  I put the new box under the top box and took two frames of brood out of that box to make a ladder in the new box.  (A ladder allows the bees passage to start drawing wax from the top bar.) When I took out a full frame, I replaced it with a foundationless frame with a wax strip as in the photo below. 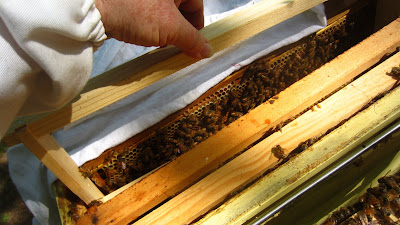 This is what Five Alive looked like when I closed it up - and it's only April 3! 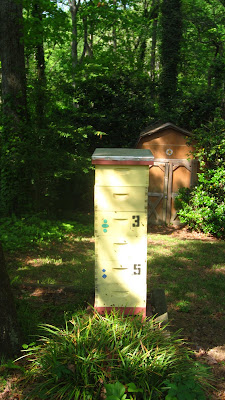 I then went to what we've called the swarm hive but is now Lenox Pointe 2 because we moved the queen by accident into that hive.

They aren't going crazy and aren't building up as fast as other hives, but they are storing lovely honey. 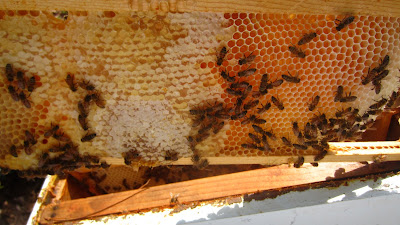 And they are equipped with a laying queen. 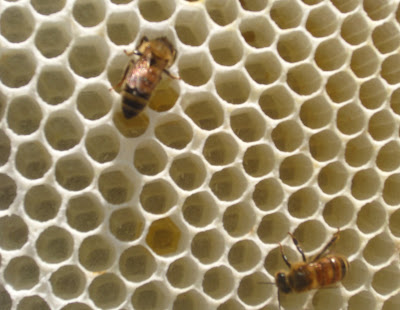 If you enlarge the photo below you can also see eggs. 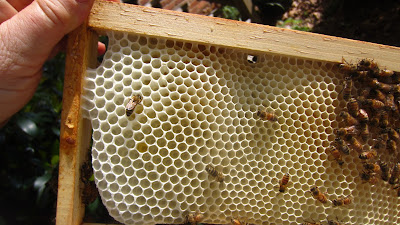 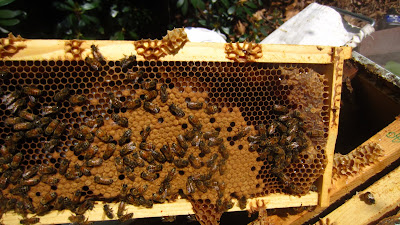 Then I went to the original Lenox Pointe - remember the queen was only laying drones.  Well, that was just how she started - now she is laying beautiful brood - you can also see larvae in the photo below. 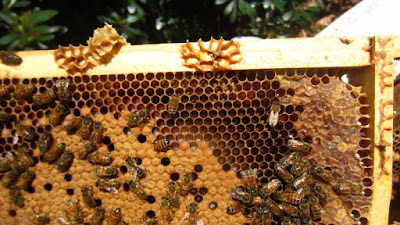 Her frames are arranged just so - with honey in the corners, pollen next, and capped brood. 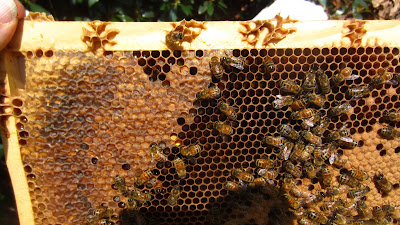 Last but not at all least, I opened Colony Square.  The top box is a full box of honey and I know they need a new box.  Instead of going into the hive (because I knew I couldn't lift the fifty pound full box to position six (over my head), I opened it and added a new box above the top box.  I didn't make a ladder with their own frames, but did have two fully drawn frames that I put in the center of the new box to provide ladder facility.

And this is what Colony Square looked like when I left. 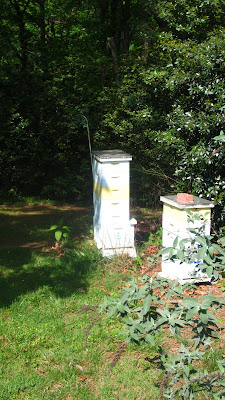