The Miracle of Growth (Bee Growth, that is)

A week ago, I installed a package into this hive.  I put a Rapid Feeder inside an empty hive box on this hive.  So the hive began in a 10 frame (my only 10 frame hive in Atlanta). 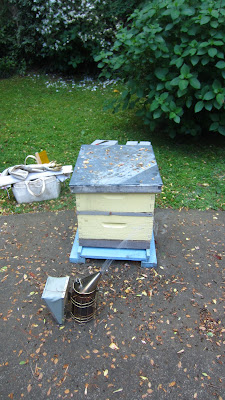 I love looking at gorgeous newly drawn wax.  This is what the bees had drawn in the last frame next to the wall of the hive box.  The rest of the frames in the box were fully drawn and filled with either brood, pollen or nectar. 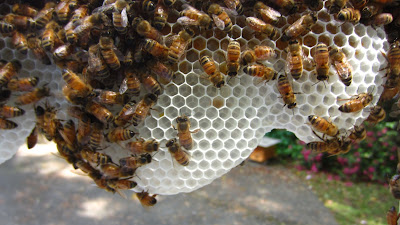 I pulled the queen cage and obviously (since I had already seen frames with tiny eggs and c-shaped larvae) the queen had been released. 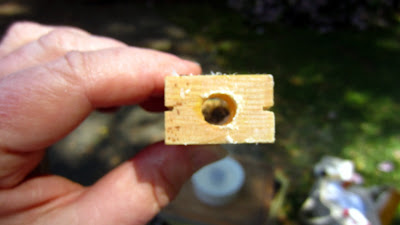 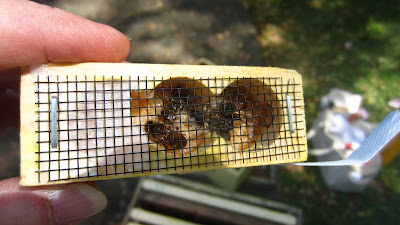 Since they had used so many frames in the bottom box, they needed another box and have grown another level!  I left the Rapid Feeder on since about 1/3 of the syrup was still there, but I'll probably think better of that since the nectar flow is on, and remove it tomorrow.  Bees much prefer nectar to woman-made sugar syrup, so they often do use the sugar syrup when nectar is available. 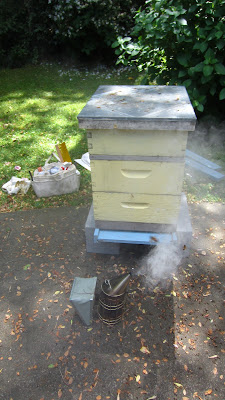