On Sunday I drove up to Rabun County just for the day to check on the bees there.  I took Hannah, my dog, with me.  Hannah had a delightful time - she is a dog to whom rules do not apply: she sleeps on my bed; sits on the furniture; and loves to run off-leash on trails with stern signs at the beginning:  ALL DOGS MUST BE ON LEASH.

When we go to the community garden in Rabun County, I let her run free out of the car.  While I am checking bees, she is racing up and down the creek banks and running through the water.  She had fun.  I did not. 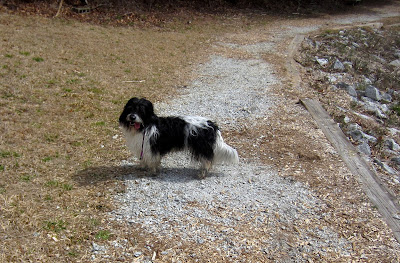 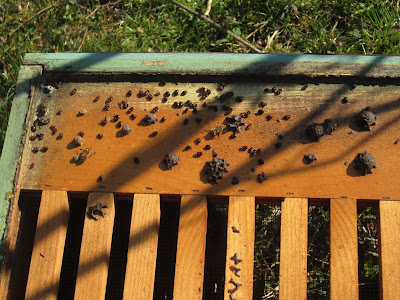 On the screened bottom board were less than 20 dead bees. 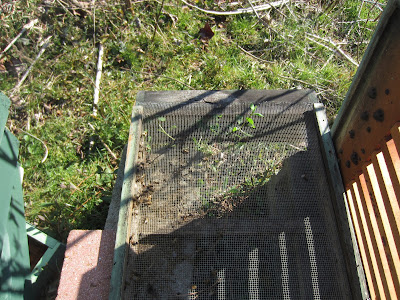 I brought the honey home and crushed it to feed to the new hives.  I hope there isn't anything wrong with the honey but I assume with honey's antiseptic qualities that the risk of the honey being OK is pretty high.

The only frame I could find with any brood looked like this: 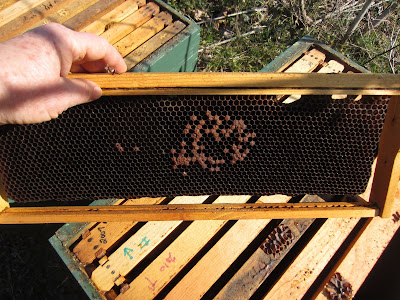 I feel a need to explain that my brood comb typically doesn't look this dark and dirty.  I usually replace it every year, but a swarm moved into this hive with old comb before I knew they were there, so the hive didn't get its usual culling out of comb previous to spring.

Even with the SHB on the slatted racks, the honey had not been slimed.  I brought home six frames of honey that tasted like kudzu. 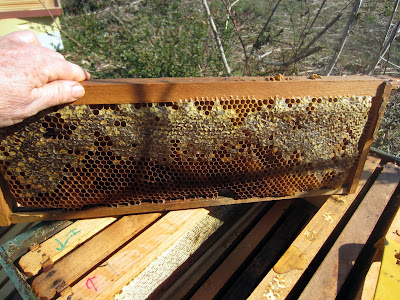 I put the hive back together and left it as a 2 box hive.  I smeared swarm lure (olive oil, beeswax and lemongrass oil) on the landing, under the inner cover and in several other places.  Maybe the feral hive in the wall of the abandoned school nearby will send a swarm my way. 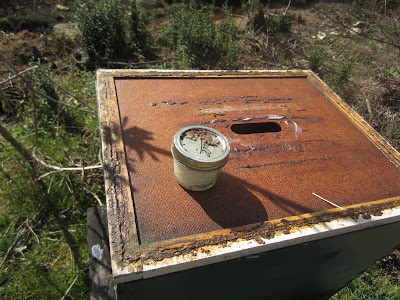 Meanwhile, I'll make several nucs in Atlanta with the idea of taking one of them up to Rabun to have bees there this year.  My sweet friend, Julia, gave me a frame with at least one queen cell on it to do just that.  I added frames from the Morningside apiary to make the nuc and if it succeeds, I'll take it to Rabun County.