For several years now I have had hives at the Morningside Community Garden, within walking distance from my house.  On three occasions, I have visited the hives to find something awry.  Once the entire top was off of the hive - inner cover and top cover and both were on the ground about 16 feet away at the bottom of the hill on the top of which the hives are located.

Once recently I was out of town over the weekend and when I came back the top cover was off of the one hive there at the time.  The bees were tightly circled around the hole in the inner cover.  It had rained over the weekend - not a lot, but some.  More rain was coming that night.  The top cover was leaning against the hive as if a human had removed it.

Every time this happens, I try to blame the weather.  Maybe the top covers blew off, etc.  This most recent time did not in any way look rain related.  I figured some teenager took a bet that he/she could take the top off of the hive.  Then he/she was stung and ran off, not interested in repairing the injury to the hive.

So I first put big stones on top of the hive assuming that the wind would be rendered powerless: 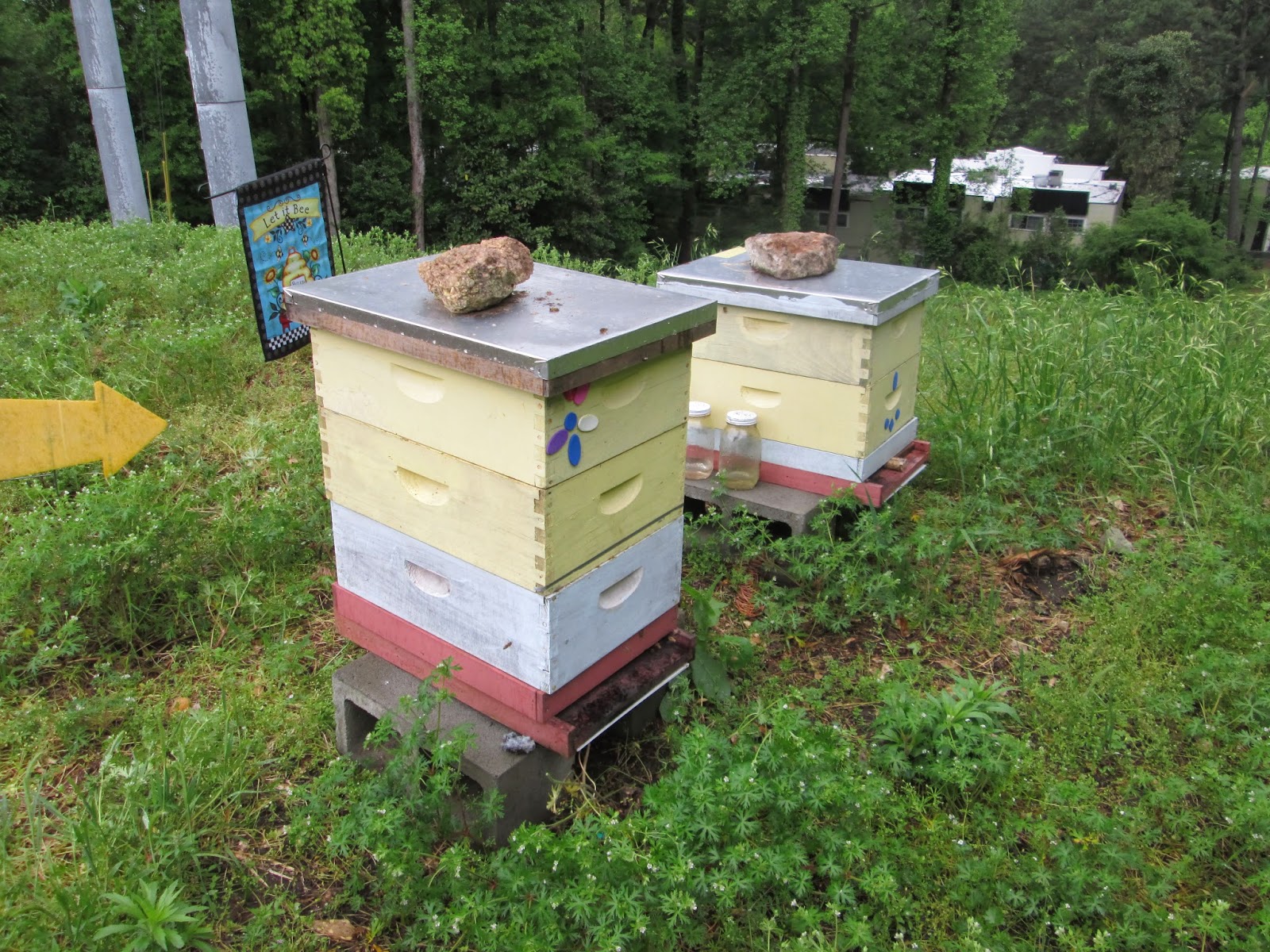 Then I ordered on Amazon this garden flag which is really cute but keeps getting blown off of its flag holder.  Today I'm taking safety pins over to secure it! 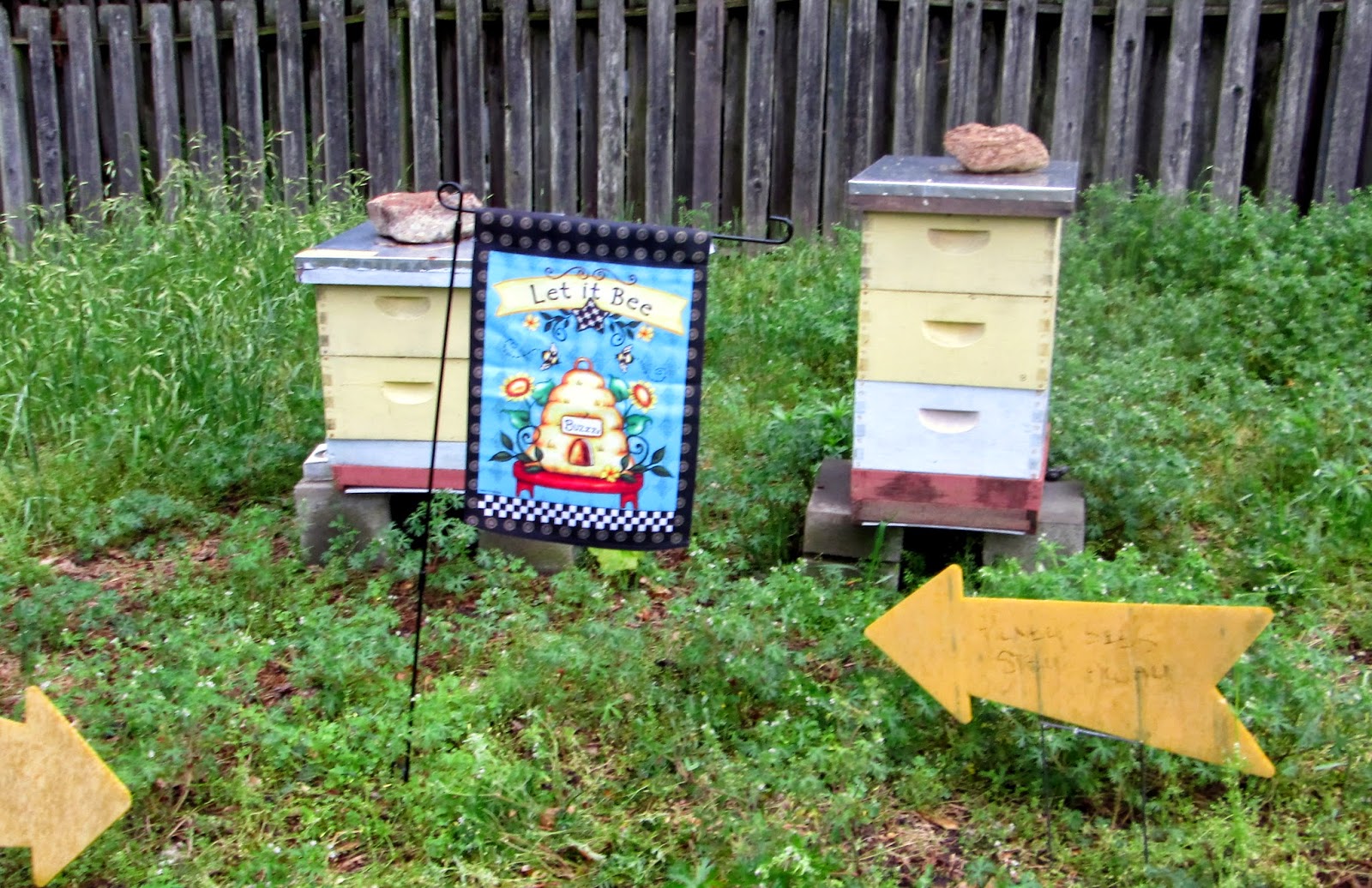 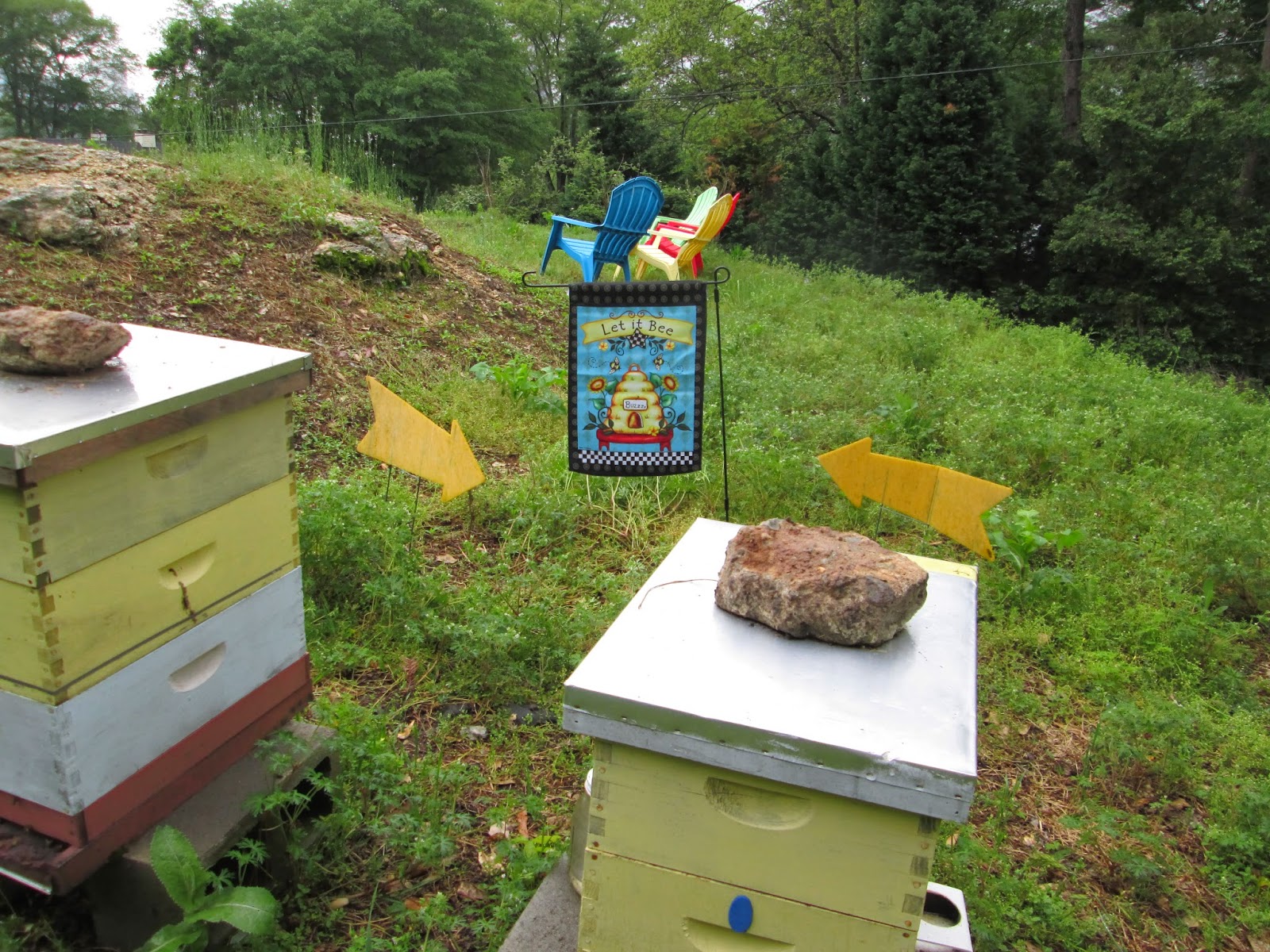 Maybe the rocks will deter the wind and the sign will discourage the vandals!