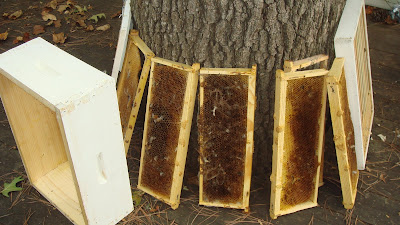 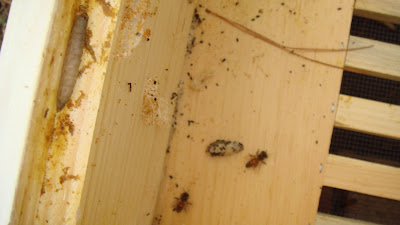 We are in the middle of a drought and a heat wave. All the insects are thriving. When I opened the small swarm hive to combine it with Proteus Bee, I found it full of wax moth worms. I took out the damaged frames and leaned them against a tree so the sun (and the squirrels) could do their best. In the second picture in the upper left you can see a nasty wax moth worm. On the slatted rack below, you can see a wax worm cocoon with a bee beside it.

The third picture is a view of many of the wax worms who showed up when I scraped the cocoons off the insides of the hive. GROSS.

In Bermuda, the lure was working well. Instead of a club meeting of SHBs in the corner of the upper box, there were dead ones in the trap. I renewed the lure in all three traps, although Bermuda was the only one with dead (HA, HA) beetles in it. 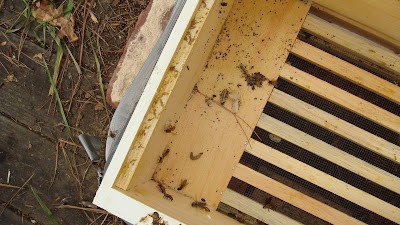 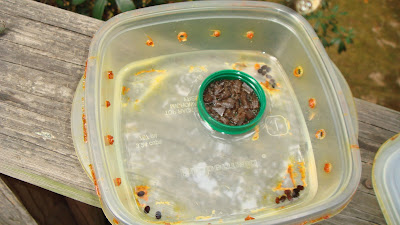