I'm hanging crepe in my beeyard. I sat eating breakfast this morning and thought, "Oh, my, there are no bees coming in and out of Proteus!" I had about 30 minutes before I absolutely had to leave for work, so I threw on my bee stuff and went out to the hive. I opened it to find to my dismay that there were only the few bees in the picture below. So sad. 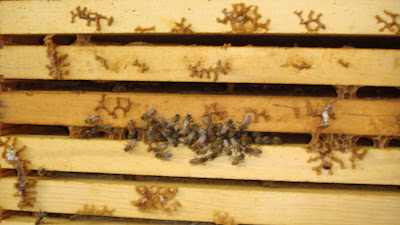 I guess the queen must have died some time ago and they have been dwindling but I have been very busy and not paying good enough attention. I haven't looked in the brood box in several months. I can imagine someone would look in this bee-less hive and say COLONY COLLAPSE - but I know it's beekeeper neglect. 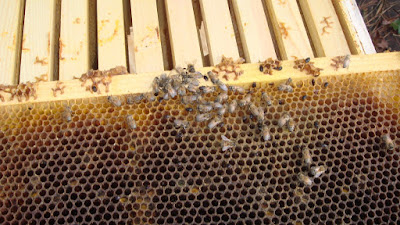 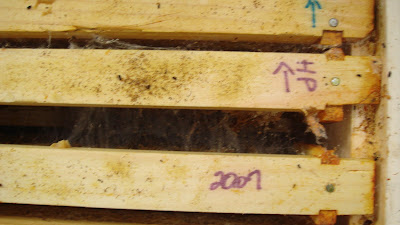 I also opened Proteus Bee to find absolutely no bees. When I moved it last weekend, I probably was moving a hive full of robbing bees.

So now I have two hives and will be feeding them like mad between now and fall.
The only good news was that the hive had a SHB trap in it that was filled with dead SHBs.