The State of Bee-ing of the Swarm Hive 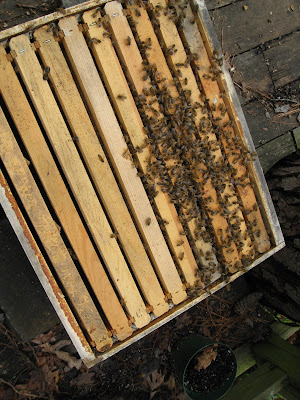 The swarm hive has cleaned house and now occupies one half of the box they are in. They had a raunchy collection of frames to work with so today I substituted some drawn comb on deep frames from my absconded Proteus hive from last year. I put those frames in the unoccupied section of the hive. The swarm bees were starting to draw wax and have been quite busy. 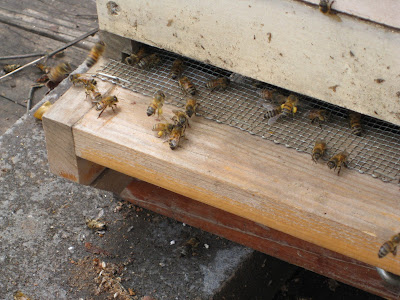 Bees with pollen laden legs are landing at the swarm hive every few seconds. Seeing this, I felt optimistic, because although this doesn't necessarily mean there's a laying queen and brood who need pollen, it can mean that. At the very least it means the bees are anticipating young if their queen is still a virgin. 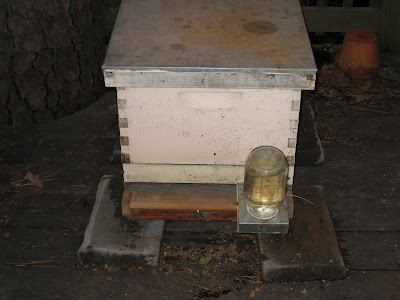 On this inspection, I didn't look closely at the bees and didn't look for the queen or eggs - I just wanted to see if the bees needed different frames and to see if they were doing bee work in the hive (building wax, making the place their own, etc.). 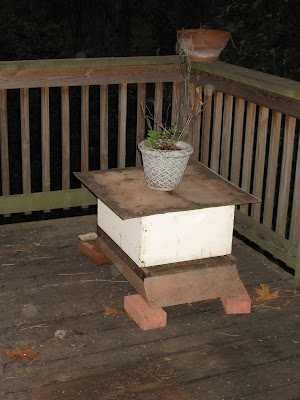 I also did an inspection on Bermuda and Mellona. Both had eggs, young brood, and lots of bees. Bermuda , the oldest of my hives, is burgeoning with bees. But both hives looked really good. Bermuda has four medium boxes on it and brood in every box. Mellona is building up more slowly, but building up all the same. Mellona has bees and brood in three boxes.

I do what's known as unlimited brood nest because I don't use a queen excluder and let the queen lay wherever she wishes.

On an interesting side note - I did not see one single SHB. When I first opened the hives this spring, I saw lots of them. I don't have any traps in the hives at the moment, but there is not a small hive beetle to be seen. I think this is an argument for a strong hive - great bees in charge, no evident hive beetles until at least later in the season.

So much activity in my bee yard!