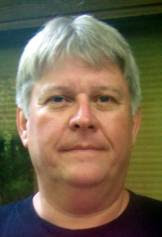 Robert Brewer, Welsh honey judge from Young Harris, Georgia
I know I haven't posted in a while. I had to miss the last Metro Beekeeper's meeting because I was leaving town on the day after the meeting and had to pack and get organized. I'm sorry I missed it - Keith Delaplane spoke on the thermodynamics of bees and I know I would have learned something new.

Sometimes, however, being a grandmother trumps being a beekeeper!

I did go to a talk at GBA by Robert Brewer, well-respected Welsh honey judge, on preparing honey for a show while I was at the GBA meeting a couple of weekends ago. I found my notes, so I want to share them with you.

In preparing honey jars for a show, Robert strongly urged that one always use new containers and new lids. Most people take their honey to the show with plastic wrap between the jarred honey and the lid so that no honey gets on the top of the jar. He suggested carrying new lids with you to the show to put on the jars when you remove the plastic wrap.

The first order of business is the cleanliness of the jars. He suggested that denatured alcohol will remove smudges from the jar. He also suggested polishing your jar with nylon or silk. I saw a number of people entering jars in the GBA show who came with special cloth for polishing the jar.

I used knee-high panty hose, but next year I'm going for silk!

After the judge determines if the jar is clean and without smudges, he or she will look at the fill level. On a queen-line jar, the honey should be just high enough in the jar that there is no air line between the honey and the jar lid when viewed from the side of the jar.

He said that honey is judged on clarity and cleanliness. If you see something in the jar or want to clear bubbles from the top of the honey in the jar, Robert said that a silver spoon will for an unknown reason do this better than a stainless steel spoon (who knew?). The judges take a flashlight and really look at the jar, both to see possible smudges on the jar and to pick up anything floating in the honey, so strain your honey very, very well.

For chunk honey (a cut of honey comb sitting in a jar of liquid honey), the comb should fit the length of the jar. As I've written about earlier, the comb needs to go in the jar the way it is in the hive, right side up. Judges prefer that the comb sit on the bottom of the jar.

Although my chunk honey won a blue ribbon in the state show, the judge (Robert Brewer) wrote that he would have preferred to see the chunk on the bottom of the jar. Since the wax wants to float, the only way to accomplish this wish is to somehow stick the honey comb to the jar bottom. Robert said that some people set the wide-mouthed jar in hot water so that when you put the chunk in the jar it melts slightly to the bottom of the jar and sticks there.

"Cut comb" is the comb in the clear plastic 4 inch square box. Robert said that judges look for clean cuts of the comb, no honey drips in the box, and for dry cappings. Bees can cap honey in two ways: wet cappings and dry cappings. The wet cappings look somewhat transparent as if the honey is touching the wax and sort of soaking into it. Dry cappings look white and lovely and the honey is not apparently touching the wax.

Robert also talked about pouring wax blocks (remember my 18 pours??). He noted that pouring a good wax block is particularly hard to do. Wax is affected by air currents and vibrations in the room. He suggested doing what I have done - pour the block and go to bed, leaving the block in a quiet room to cool. He said that some people put the block in the oven to cool with a piece of glass over it to keep the air currents from affecting the block. Even the air conditioner turning on or the vibrations of the refrigerator can cause wave marks on the top of the wax.

I've always liked the wavy surface when the wax cools. This year is the first year that I've learned that wavy surfaces count off, so I bought a pane of glass and have tried to minimize the waves.

While I knew the importance of even, slow cooling and the importance of avoiding the wavy look from the air currents, he also said that the edges of the wax block needed to be smoothed so that they are not sharp. Mine are always sharp so I am going to try what he said next year during my 18 or 19 pours. He said to take the ball of your thumb and rub it on the sharp edge to round it off.

Wax block pouring for judging is one of the hardest things to accomplish. This year my wax block won a red ribbon in the state show, but with all these helpful hints, maybe I can do even better next year.