Yesterday we had significant snow in Atlanta, but since it's March by this afternoon, all of it had melted away. Around 2 PM I went to Blue Heron to add food to the hives. There was still a tiny bit of snow as you can see in the first picture. 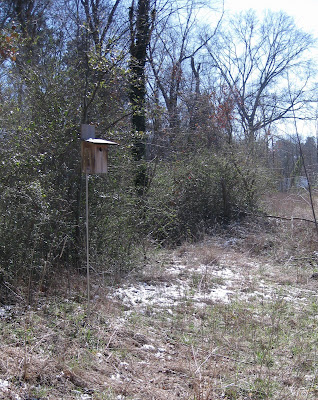 When I arrived at Blue Heron, my car said the temperature was 42 degrees. The jars of sugar syrup had been in my car for the last couple of days and in the cold, unscrewing the top was quite a challenge.

If I had been at home, I would have held the lid under a hot stream of water until I could easily unscrew it. However, no such condition was possible here so I used my Swiss Army knife to loosen the lid. I then substituted a solid lid with tiny punched holes in it. 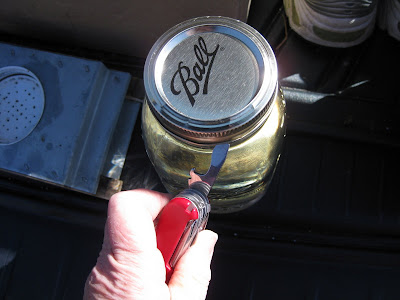 There were a few bees actually flying around the hives, but unprotected by veil and gloves, I put these two Boardman feeders on our hives. We have added food to these hives now about every two days. 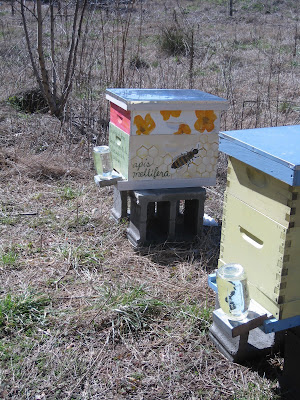 In case you didn't believe the bees were out and about, I took a picture of one who landed on the grass right in front of the hive! 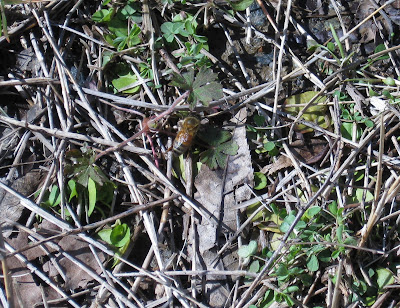