Ants and I visit the Bee Tree

The bees are calmly and regularly going in and out of their knot hole entrance to the bee tree. They seem settled in their new home. Julia put a sugar syrup bag on the hive box on Tuesday, so I thought they'd need a new one today. 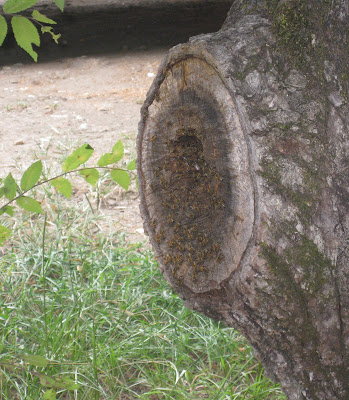 The sugar syrup was almost completely gone. I removed the bag and after I did I pulled a few frames to see if there were any action in the hive box. I was thrilled to find that the bees were festooning off of the bottom of the frame just over the central hole in the tree trunk. This probably means that they are building wax and comb to allow them to move easily into the box.

I hope over the fall they will make the hive box more homey by working on some of the frames. 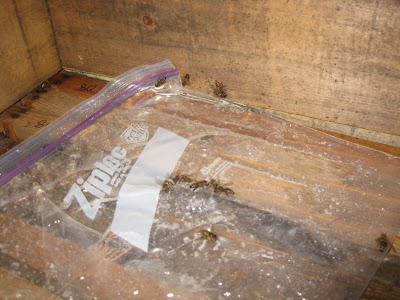 I put a new sugar syrup baggie on top of the frames and slit the baggie in two places. This is 2:1 syrup which is what you are supposed to feed this time of year. 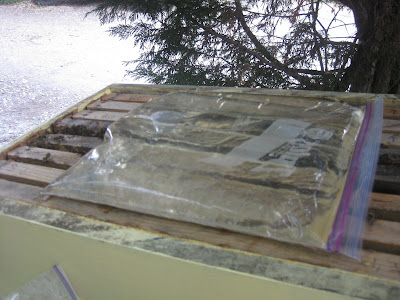 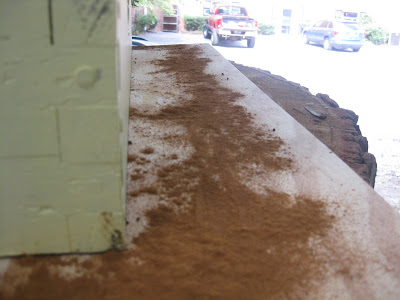