Bugs in the Beehive

I found a new way to fill the AJ's beetle eater trap. I have this gravy measuring cup that is designed to separate gravy and fat. Since it has a tiny pouring lip, I decided to try to fill the trap with it and it worked beautifully. 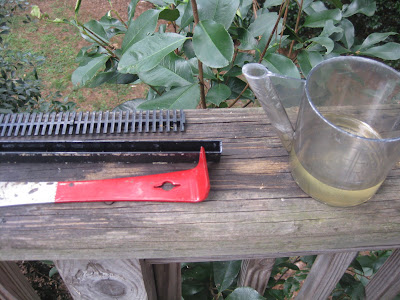 But before I put anything back into the hive, I noticed this cockroach in Mellona on the inside of the telescoping cover - gross. 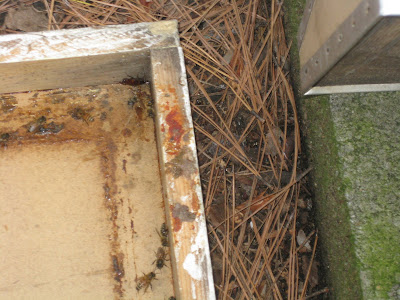 Under Mellona's top cover there were tons of SHBs - see how many there are. I squashed a lot of them with my fingers (gloved!) and with my hive tool. 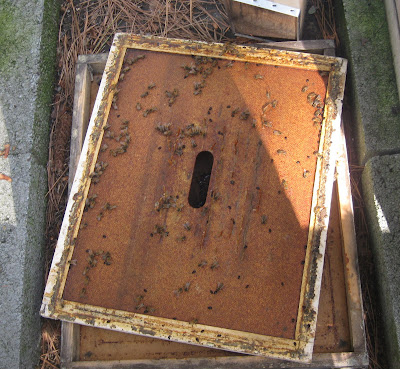 I dumped dead beetles out of the AJs beetle eaters all over my deck railing. Maybe the wren will eat them. There were so many that it looks like piles of seeds gathered on the deck rail. 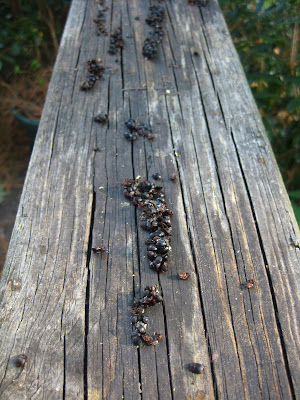