These hives have been installed as packages for about six weeks now. They've been through a heavy windstorm in their second week with tops blown off. Last Wednesday in Georgia we had devastating tornadoes and heavy winds. We've had to rubber band in errant comb and deal with queens who died (probably were balled by the bees) as a result of the storms when the hive tops blew off of several hives.

No end of problems, but the bees are still going.

We did lose one hive who absconded the first week, but other than that all hives have bees. 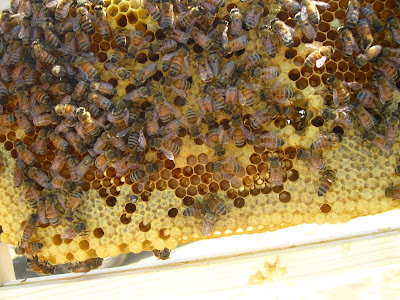 I passed tornado damage in Griffin, GA as I drove down. 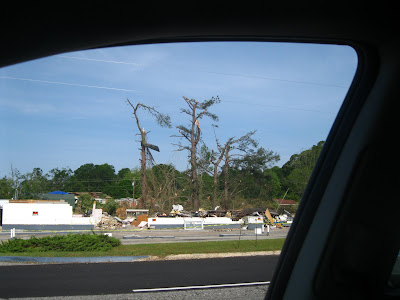 Damage was on both sides of the highway. 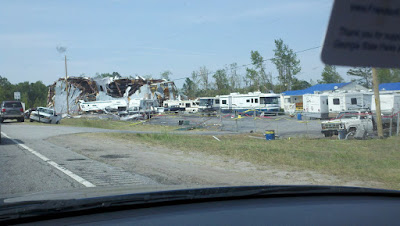 Our hives were not affected - the tornado missed the farm. One hive appeared to have opened queen cells - or maybe queen cups but the ragged edges looked like a queen had emerged. A new queen may not be laying yet.  Even though there was no sign of a queen in this calm hive, we gave it a frame of eggs just to make sure. 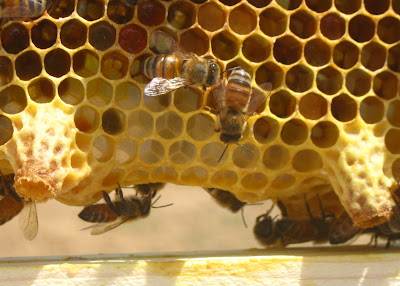 Jeff got really good at spotting eggs - he also worked on how to hold the hive tool so that he didn't have to keep putting it away while he worked. These guys are getting to be good beekeepers. 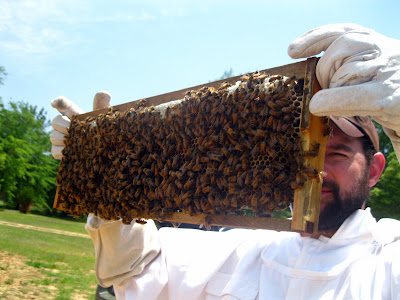 Greg applied powdered sugar with my new toy to the hives that were in the best shape. 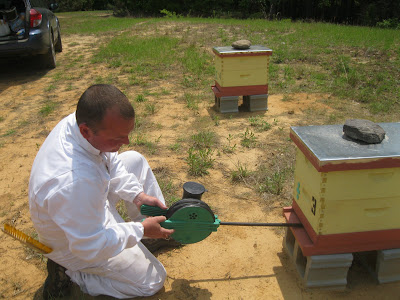 Most of the hives had lovely frames of brood that looked like this. 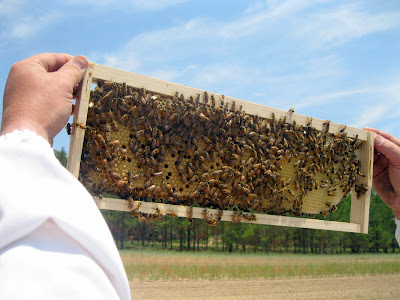 I'm not reporting extensively on these hives here because we take SO many pictures as a record of what we are doing down there. But I will keep all of you who are interested updated with an overview when we go down and check on the bees. 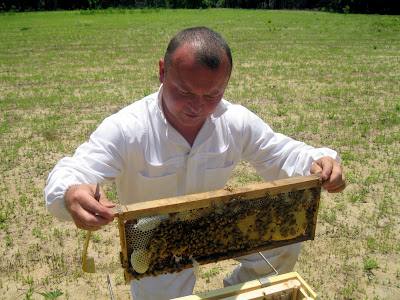 We did add a slatted rack to every hive. The Georgia days are getting warmer and we want the bees to use their energy in some other way than keeping the hive cool. The slatted rack helps with ventilation.

These have been back-ordered from Betterbee since February 23 - they finally came this past Thursday (April 29) - who knew there would be a run on slatted racks this year? I actually don't know too many beekeepers who use them and who need the 8 frame version, as we did.

(Our private theory is that Betterbee forgot my order. I wrote them an email last week to inquire about the two month old backorder and suddenly the order showed up this week.) 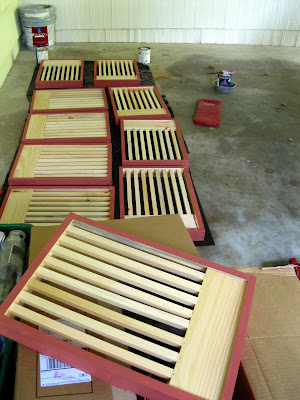