The State of the Queen at Blue Heron

In the 91 degree heat, I stopped by Blue Heron at 2:30 today. The queen cage was put in place on Thursday night. It's Tuesday and I thought the queen should be released by now. I opened the very calm hive to find the bees walking around in the area of the queen cage.

I lifted out the cage, but the queen was still in there! 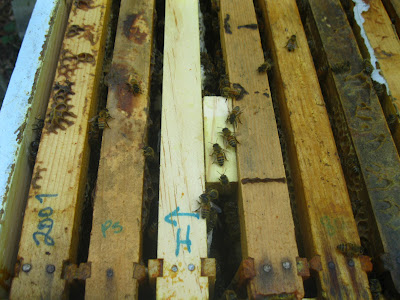 The black tube that holds the fondant was eaten almost to the end. I thought by now they would have released her, and in a different kind of queen cage, they probably would have. The typical queen cage has about 1/2 inch of fondant between the bees and the queen. This cage has about 1 inch (see the black tube) of fondant. They have almost eaten all the way through it, but not quite.

I decided given the calm demeanor of the hive and the small amount of sugar left and the fatness of the queen (she's grown since Thursday) that the bees are accepting her. I could have direct released her at this point, but decided to leave her there and let the bees let her out in their own way. 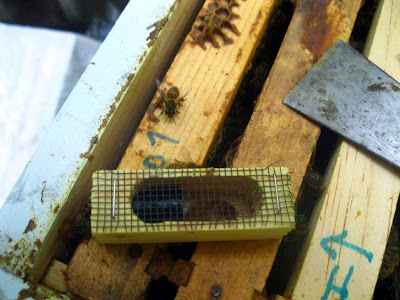 This was a rather dissatisfying trip, so I took Hannah, my dog, and explored the community garden that the Blue Heron bees are pollinating.

I saw bees on onion flowers. 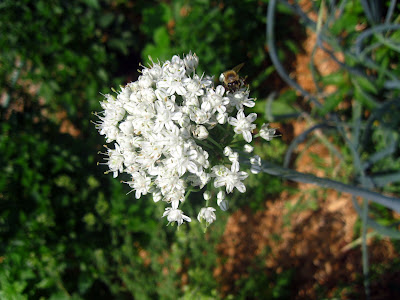 The bees were all over most of the flowering plants in the garden. 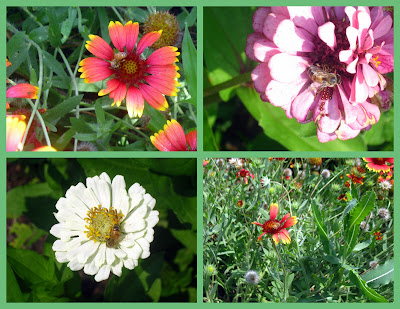 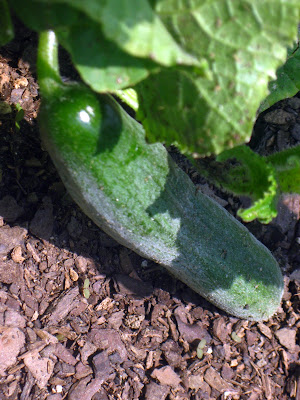 Here's a view of the pathway leading away from the garden (and Hannah, of course). 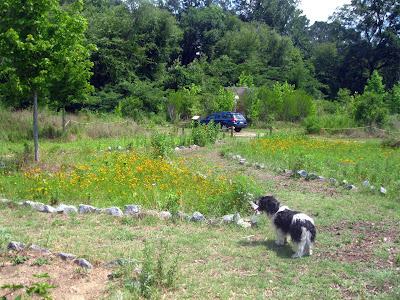 Here's a view of half of the community garden that our bees at Blue Heron are pollinating. 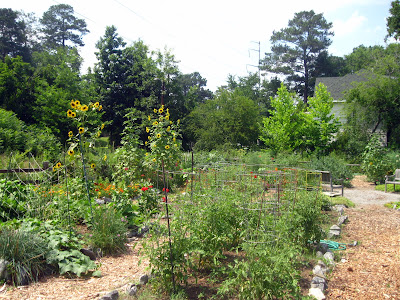