We really have needed three hives at Blue Heron as a teaching spot for the Metro Atlanta Beekeepers Association. Another member, Cindy Hodges, offered to help us in an interesting way.

She offered a nuc that she had put together and in exchange, she wants her five frames back in August, leaving the queen with us. That way we get a start on a colony and she gets back what she originally had - five frames from one of her hives.

She wants, since she's not getting her queen back, to get a good frame of brood and eggs back in August with her frames.

I picked the bees up between some of the worst storms we've had in Atlanta in a month. I could hardly see through my windshield driving back and just hoped, hoped, hoped that a tree wouldn't fall on my car. As I arrived home, I put my key in the lock, turned it and at that very moment the power went out at my house for the rest of the night.

I took the bees out of the car and set them in my carport where they would be cool. I went into my dark house where I felt around until I found the box I had packed (because I'm moving soon) with all the candles! I just hoped the bees would be OK in the carport for the night.

I got up at the crack of dawn and took the nuc to the Blue Heron, setting the nuc on top of its hive box and removing the screen from the entry at 7:15 AM. 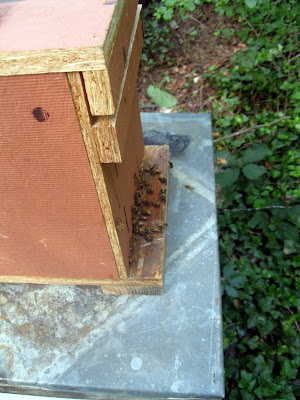 I returned to Blue Heron with Julia and Noah to install the nuc that afternoon. 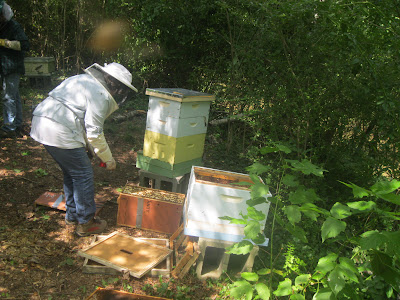 The brood frames barely had any brood on them as you can see in the two photos below. I didn't look, but hopefully the empty cells had new eggs in them. I have my fingers crossed. 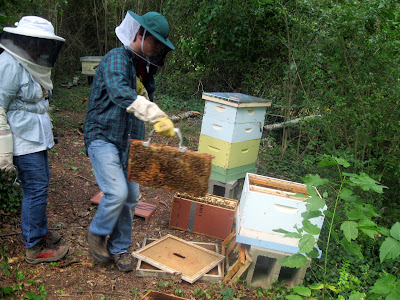 Another of the two brood frames with, as you can see, very little capped brood. 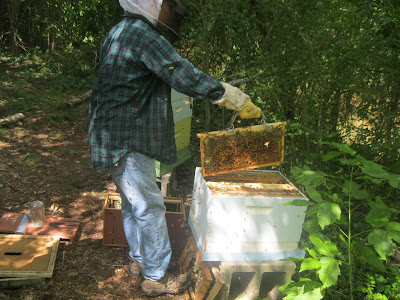 Noah is putting in the last frame in this photo below. It wasn't fully drawn out on the plastic foundation and had a little pollen on it. 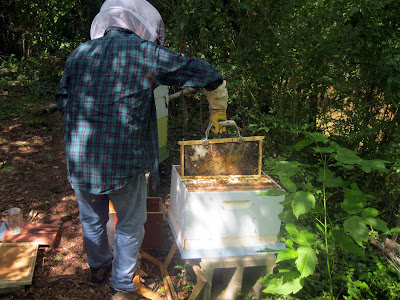 Since there were still bees in the nuc box, Julia picked it up and shook it over the hive box. We then left the nuc box on its side to allow the bees to make their way into the hive. 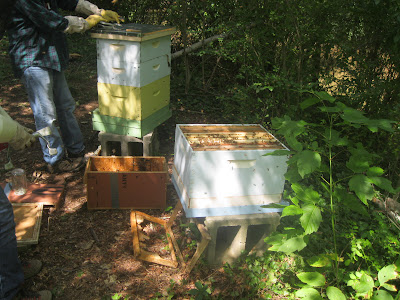 I don't know how this new hive will do because it came with so few resources. We may need to reinforce it with frames of brood and eggs from other hives at our houses to get it to succeed.

But we are grateful that someone stepped up and offered us bees since we have both been on the swarm call list for our club all season and neither of us has gotten a call. 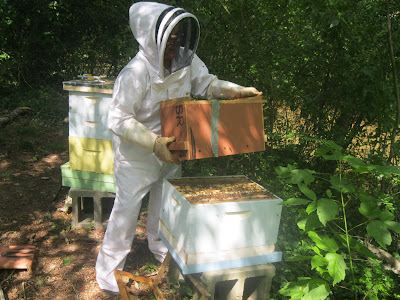 Below you can see the new hive with the nuc box beside it. 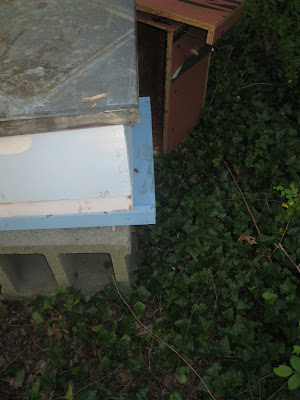