Topsy Turvy Curvy - Decisions to be Made

The new top on Topsy is lifted off of the top bars by two sections of 1X6 nailed to the bottom of the cover. This creates space for ventilation beneath the cover. So in Topsy instead of bearding off of the front of the hive, the bees collect under the cover where I found them on Thursday when I visited the hive. 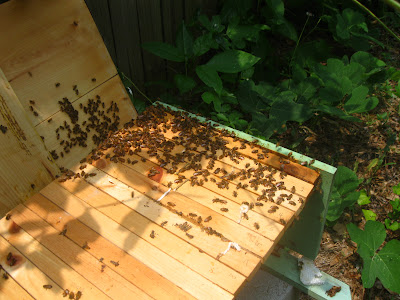 My first task was to remove the comb we left in front of the follower board from trying to un-attach the comb several weeks ago. It helps to clear out the hive not to have old comb on the floor of the hive. 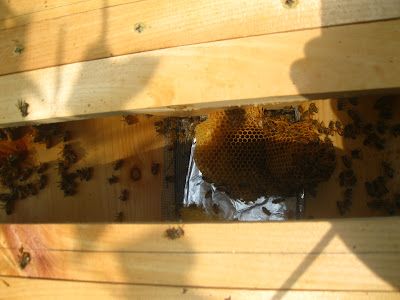 The hive has built out to about the last ten bars, so they have used about 25 - 30 of the top bars available to them. 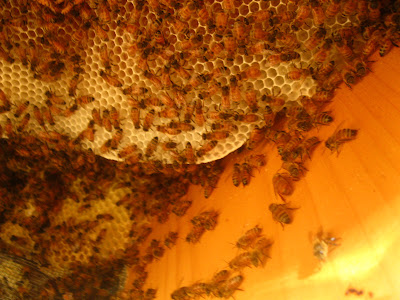 Looking in, I could see that the last two combs curved forward, occupying the space under at least two top bars. Instead of trying to look at the comb or any further into the hive, I backed up and decided to make a different plan about this hive. 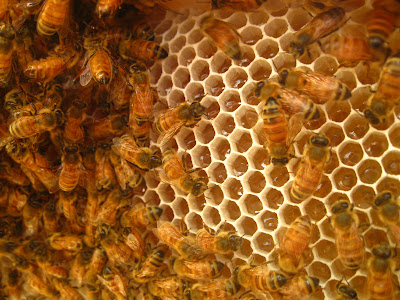 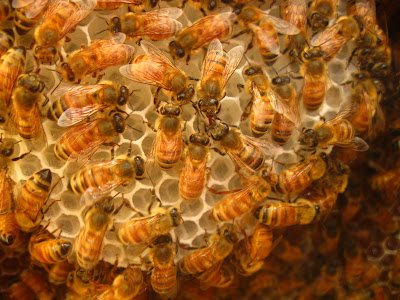 I don't think there's a way at this point to straighten out the mess that is Topsy. There are several problems:

First, I don't have Topsy at my own house so I don't see what's going on there on a regular basis. If I am to work on a top bar hive, I need it to be at my own house.

Second, I haven't addressed the comb problems in an appropriate way yet - causing the comb to drop off of the top bar is what has continued to happen and that doesn't work. I have a new hive tool for the top bar and understand now that I need to cut up with the hive tool if a comb is attached to the side of the hive, rather than cut down.

So I plan to leave Topsy alone until after I move to my new house in July. At that point, I am going to treat the hive like a cut out and move the comb into probably two hives in a split.

I have recently watched several of JP and Schawee's videos on Beemaster of how they do cut outs and I think I now understand better how to cut comb to fit it into frames. Thus far the only time I have rubber-banded comb is when I am trying to repair an accident, not when I've made an intentional cut.

I think I could treat Topsy as a cut out and following JP and Schawee's lead, I could cut the comb out well.  I'll move the two created hives to my house. At that point, I will move the empty Topsy box to my new house as well, leaving it empty until Spring 2012 when I'll start over with better management.