Two Hours from Email to Requeening

At 6:15 this evening I got an email forwarded from the president of our bee club to let me know that one of our members had a queen he did not need. I immediately called Scott, the generous beekeeper, got directions to his lovely home in Marietta, and drove up there in the less-than-lovely Atlanta traffic (a drive of 50 minutes) to get this queen.

Our Blue Heron hive has been queenless for weeks now and we needed to do something rather desperately. So far they have not developed laying workers, but I think it's just a matter of time. So Scott's gift is a real potential hive-rescue for Julia and me.

Scott's apiary is high up on a deck originally built for sunbathing at his house in a beautiful woodsy area. Here he is with his three thriving hives. He had gotten this queen to requeen a failing hive, but the hive was too weak and discouraged and didn't manage to accept this queen but instead just died and gave itself over to wax moths. 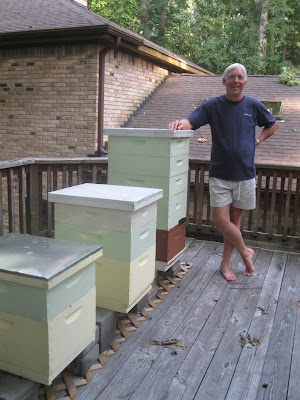 He had the queen in a quiet spot in his house ready for me to take her to the Blue Heron. 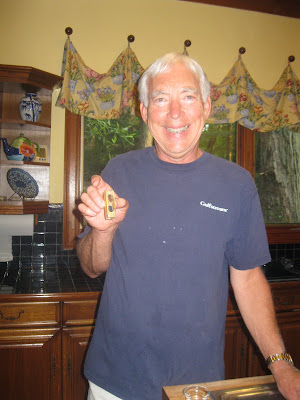 The queen cage was interestingly small and there were no attendants with her. It's an 8 frame medium hive so I slid the frames apart enough to wedge the box in. 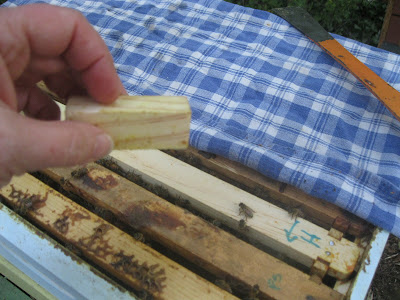 At 8:30 (it only took me 25 minutes to drive home), a little over 2 hours since I found out about this queen, she is installed in the hive. 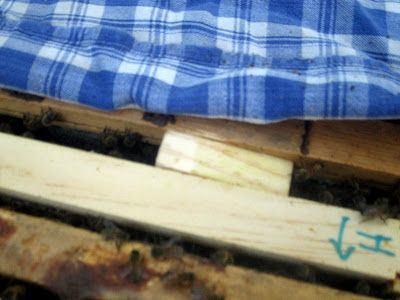 I'll check on Sunday to see if she has been released. I do hope this works and the bees accept her! We are in bad shape at the Blue Heron with this particular hive. 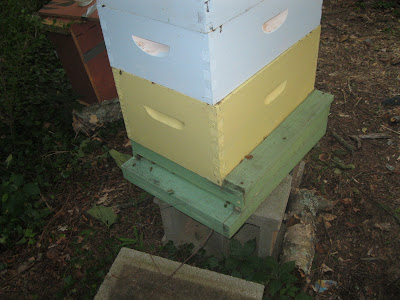