The Ravages of War

Last weekend I brought two frames of honey home from my old house to feed Topsy. I also made some syrup to put in the Rapid Feeder on top of the inner cover inside an empty hive box. I put all this on the hive and robbing began. As my grandson would say, it was a battle royale. I covered the hive with a wet sheet, but the bees were attacked viciously as other hives wanted to rob this very weak hive.

Bodies were strewn all over my backyard. The hives border a concrete basketball court so evidence of death was everywhere and more easily seen than in the grass.

Just look at all these dead bees. I wanted to cry. 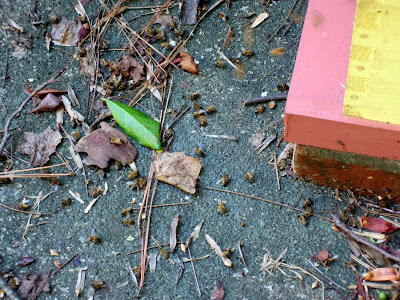 Many of the bodies were ripped in half. Bodies were all across the concreted area covering about a 10 X 20 foot area. 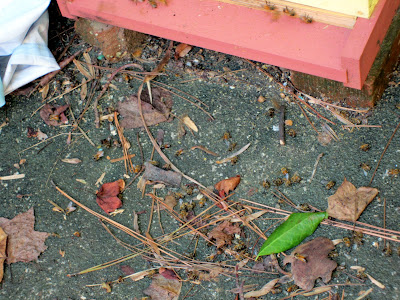 If you click on the picture below, you can see many dead bees. 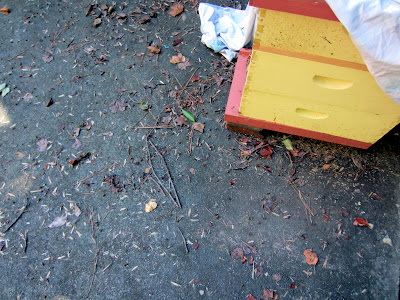 It's harder to see, but I stepped back so you could see how extensive the area of death is. 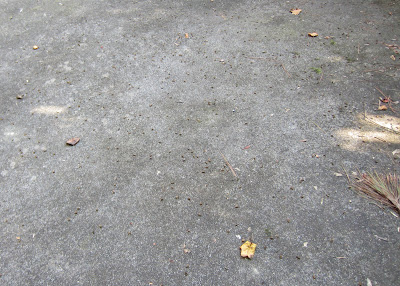 I believe at this point that Topsy is no more.  I am sad to see such a persistent hive bite the dust, but that is what has happened here.  Bang the drum slowly.