Sebastian and Christina have this gorgeous side yard full of cutting flowers - yum to a bee! 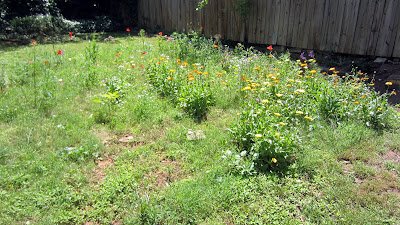 I checked both hives today and they are THRIVING.  I started with the 8 frame yellow hive.   These bees were really gentle, despite my earlier experiences.  I only wore a jacket and veil, no gloves and barely used the smoker. 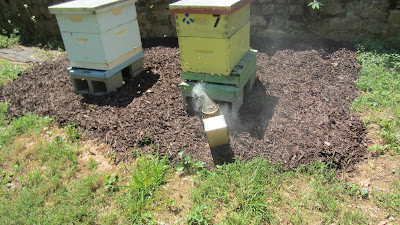 In the second box they were almost fully built out.   I am going to be gone this weekend so I decided to go ahead and add a box. 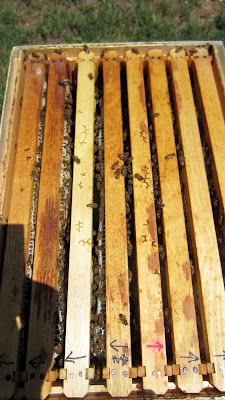 I wanted to put a couple of frames of brood from the box on top to make a frame for the new box.

I pulled the frame below and there was her Majesty - at about 6:00 with a yellow dot to make it easier to find her! 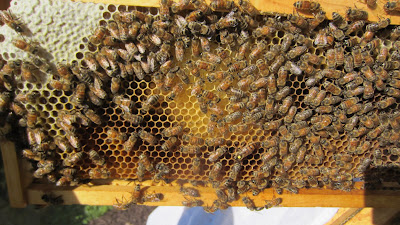 There was some nice brood on this frame as well. 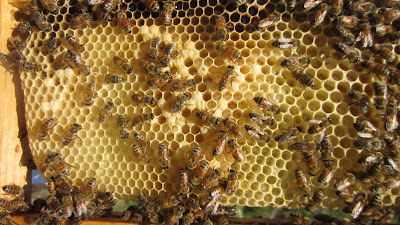 I moved two frames into the new box and placed it in the middle position, like the meat on a sandwich.  I hope they'll make good use of the box until I see them again.  You can see the two used frames in the box below with empty frames for the other six. 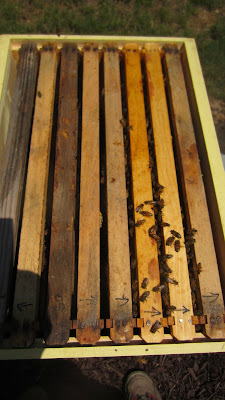 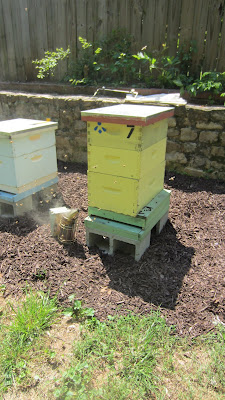 The story was quite similar on Blue Hive.  It is a ten frame box set up, so they had only built out six of the ten frames.  Although not quite seven, I decided, given my trip status for the weekend, to go ahead and add a box to this hive as well. 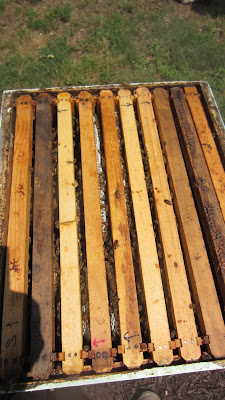 Again, I saw a lot of good young larvae and brood in this hive (but didn't glimpse the queen).  I also took two good frames and put them in the new box, placing the new box in the sandwich position.  These bees were drawing some not so straight, so I reversed a few frames to make curving the comb impossible.  It may confuse the bees but will keep the box from getting out of control. 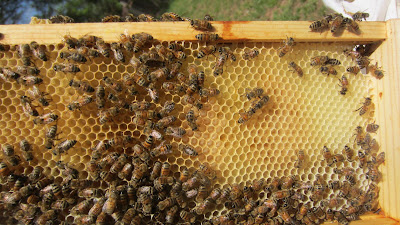 So both hives are doing well and both have three boxes on them - great for this time of year! 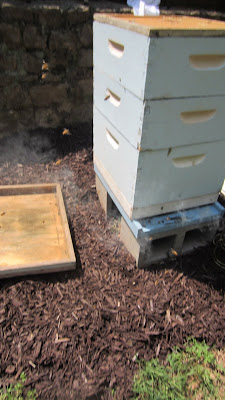