In their October/November issue, Organic Gardening Magazine will include an article by Janet Davis on beekeeping featuring three beekeepers - one in Vancouver, one in Chicago, and me!  Yesterday a photographer for the magazine, Greg Miller and his assistant, Tim, spent about three hours at my house shooting pictures of the bees, me, my house, my bee things.  It was such fun.

Greg has taken a number of beekeeping assignments for various magazines so he was not at all afraid to lie down right next to the hive to get a good shot of the girls as they flew in and out of the hive. 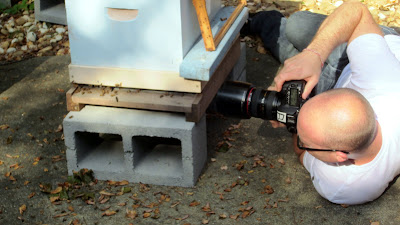 I can't wait to see his shots in the magazine.  If you follow the link to his website, his lead photo is a shoot he did of another beekeeper and his son. 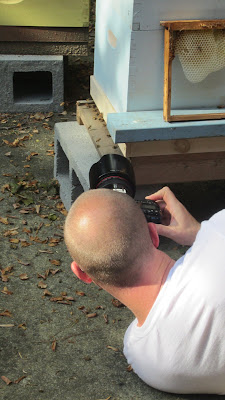 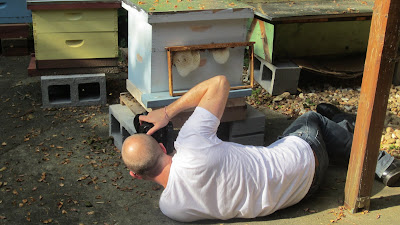 When he finished with this hive, we opened almost every hive in my bee yard to look for various photo ops, but my favorite moment was one when he showed me how he captures a sunbeam…..he had the smoker puffing into the area where sun was shining through the leaves of the trees and the smoke delineated the sunbeam - I could see the sunbeam as if it were a concrete object…..just gorgeous. 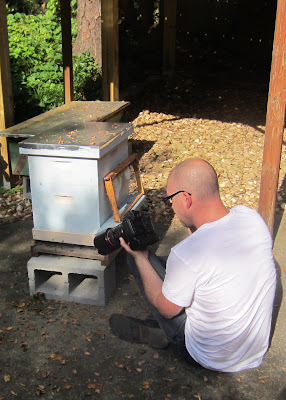