Mayhem and Robbery in the Bee Hive

Robbery in the bee hive is disconcerting, to say the least.  It is violent and upsetting to watch.  I am a grandmother on Fridays and after a morning with my grandchildren today at the Atlanta Botanical Garden, came home to find one of my biggest hives being robbed.

Below is a video of the hive.  I usually use a tripod and at the end of the filming with bees head bumping me on all sides, I was not a steady camera holder, so it's jiggly, but I put it up so you can see what robbing actually looks like.

Both Orientation in the afternoons and swarming behavior when the hive is gathering for the swarm are  often confused with robbing.  Both lack the violence.

In the end I soaked a sheet in water and threw it over the hive for a couple of hours.  The robbers desisted and left. 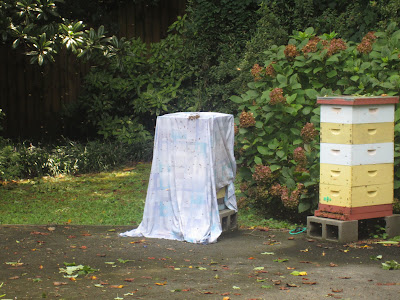 Later in the evening, I removed the sheet and set the robber screen up so that the entry was open for a bit.  The sad bees were carrying out opened larvae. 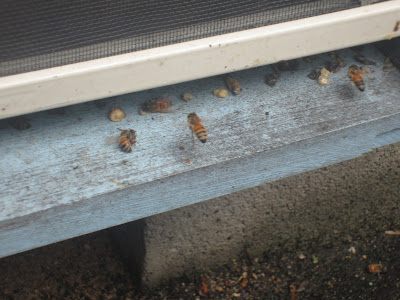 Under the hive you can see lots of wax shards from the robbers tearing open cells. 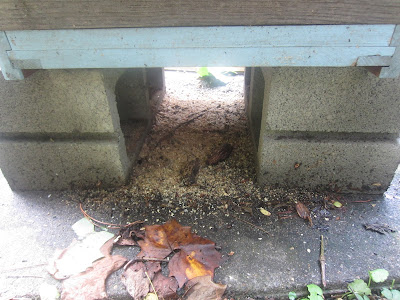 I had just inspected this hive yesterday and was pleased to find that they along with the rest of my hives were putting up some nectar and that they had some larvae in the cells. 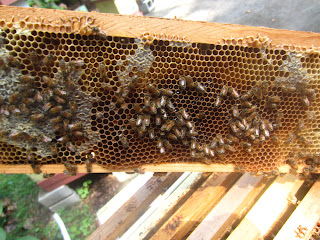 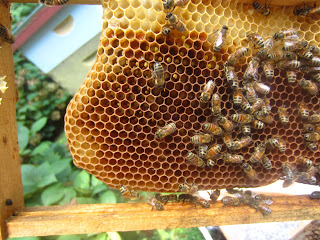 I don't know what the state of this hive is and if it can recover.  I may open it on Sunday and see what I may need to do to support them, such as add some frames of honey from another hive.