The Demise of the Hive

Such a sad feeling to open up a robbed hive.  I avoided it most of the day, but then realized I had to do it - I had to know what the situation was.  I've had robbing before and the hives have made it through but my heart sank when I opened the robbed hive and saw……only dead bees. 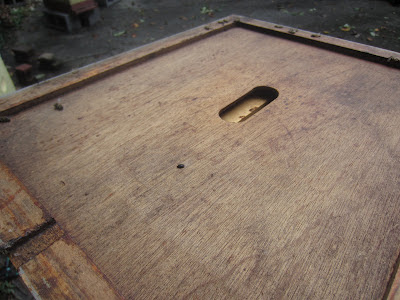 I took it down to the bottom.  The bees on the SBB were sad and some were still alive but unable to move to get up and fly. 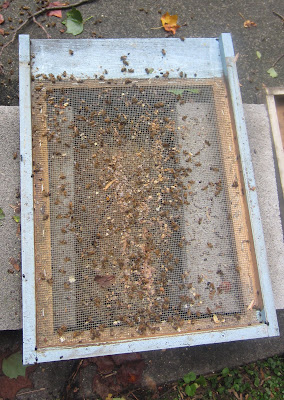 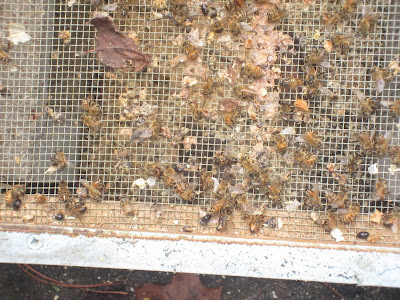 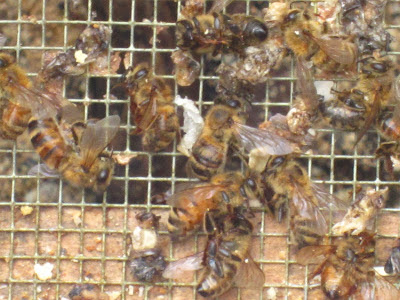 I looked for the queen in the dead but did not see her.  I did find in one box clustered between the wall and the first frame a handful of bees.  There was still some honey unrobbed but no brood - all those cells which had brood on Thursday - were empty today.

I just feel sick.  I wonder if I did something at the inspection on Thursday to set this off.  Did I open the cappings of honey as I pulled frames from the box?

Then I remembered that the reason I opened the hive on Thursday was because I had seen very little activity and had wondered if something were wrong.  I was surprised to find the hive full of bees.  It wasn't boiling over, but there were bees in every box, new eggs and brood.  I had worried about honey and all of my bees but this hive had plenty of honey (thus the robbery).

I wonder if they had possibly already had problems and the robbing just cinched their fate.

I feel heartsick.  This has been a hard year.  I have had more hives this year than every before, but I have now lost five hives without the winter being the issue.  And most of the losses have been in my own backyard - not in the outyards that I also manage.