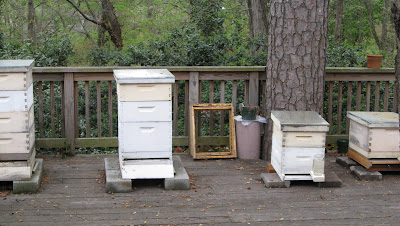 This year I am starting the season with seven hives. Here are four of the deck hives - left to right: 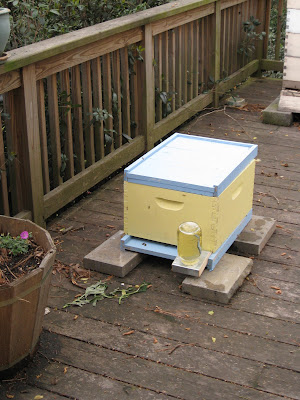 In front of Bermuda is my first as yet unnamed nuc hive, hived on 4/11 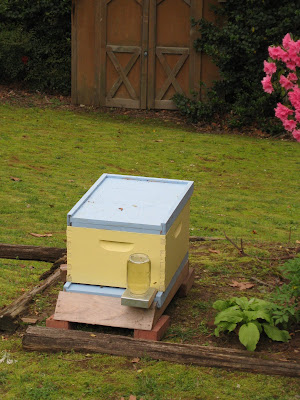 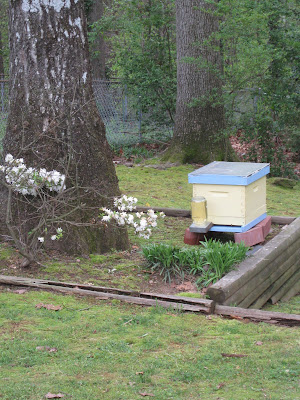 Also in my yard under another tree is nuc hive #3 unnamed, hived on 4/11

My yard guys are going to quit. I've let them ignore the deck because they are uncomfortable with the bees. I've been thinking I'd hang a veil for them to use on the fence so that my backyard gets cut this summer. We'll see.

A couple of years ago, I went to an Appalachian festival in Frostburg, MD where my daughter, Becky, lives. A woman there had goats that she named alphabetically according to year. The year we met her goats, they all had names that began with M: Muriel, Mabel, Maryanne.

I love this yellow paint that my friend Tracy gave me. I think for the year 2008, every box I paint will be yellow and every top, SBB or bottom board will be painted blue.