I'm heading for Young Harris tomorrow so I stopped by Stonehurst Place today to check on the bees. I thought there was a slight chance they might need another box. I added a super to each hive on Monday, the 1st, and even though that was just about a week ago, we are in the middle of a nectar flow. 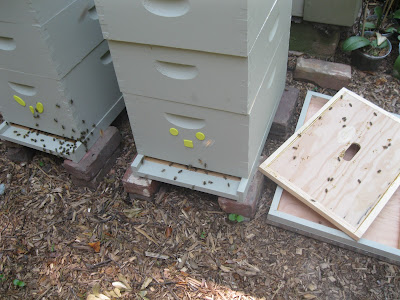 Both hives had good activity going in and out of the hives when I got there. 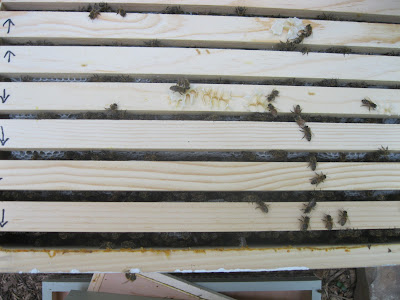 In the second hive at Stonehurst, the bees peeked up at me from box three between well-filled combs.  They had already filled every frame but one with comb and honey. 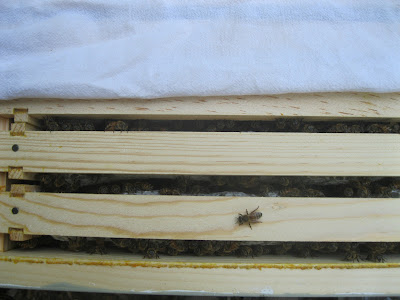 Here is some of their beautiful honey.  I expect the guests at Stonehurst will get to eat some of this as cut comb honey if the owner is open to that idea. 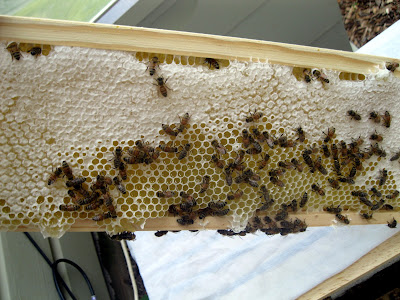 The cappings are just gorgeous!! 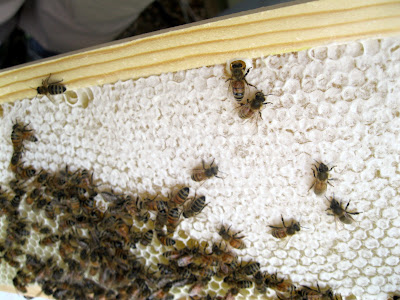 In the second super in this hive there was also brood.  This is a busy queen and a good, growing hive. 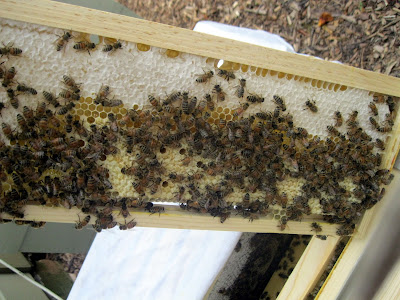 More brood.  I checkerboarded the frames in boxes three and four to increase the bees interest in box four.  In the process I had to cut off some honey-dripping comb so Jim, the inn-sitter while Caroline and Gary are away, and I tasted the first taste of their honey - really light and DELICIOUS. 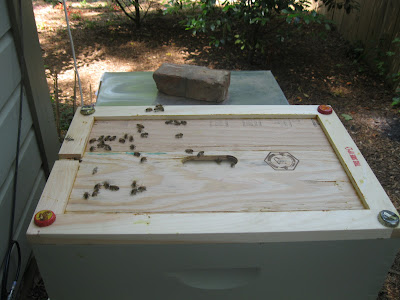 I added a fourth box to this hive and put bottle tops on the inner cover corners of both hives to add to ventilation.  I thought we ordered slatted racks for these hives, but we don't have them.

Funny that two hives started at the same time could be in two different places.  The bees in hive two (from which Victor sampled 300 bees) are more productive than the bees so far in hive one. 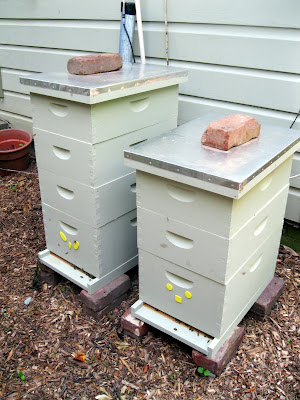