Conclusions about the Dead Hive in my Beeyard

Today I removed all the frames in each box of the dead hive in my yard. As I thought the hive died out from being queenless and through beekeeper error (I didn't realize they were queenless and didn't combine them with another hive, for example).

There were scattered dead bees throughout the hive. What looked like perhaps the last part of the living bees had died together (about eight of them) in box two on the tops of the frames. I looked through the bodies on the slatted rack and the screened bottom board. I saw no deformed wings, no varroa mites, no dead queen - just worker bees. All told there were about 30 or so dead bees in the hive. 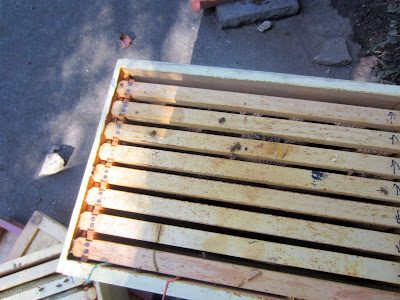 In the picture below you can see numerous small hive beetles dead with the bees. 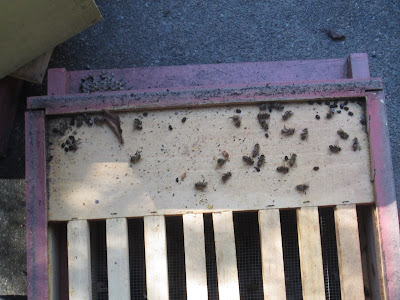 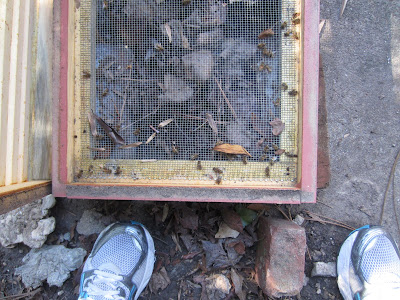 Because I had fed them bee tea, there was a lot of stored nectar. Here's one frame with every cell filled with nectar.  There was only one frame of capped honey.  Bees that are queenless can die out with honey in the hive because they simply come to the end of their life span and with no queen, there are not younger bees to replace them. 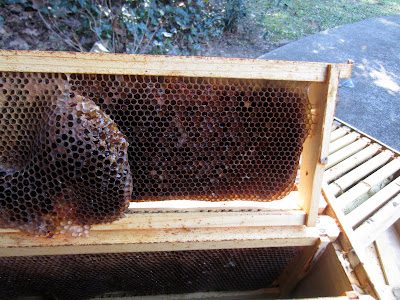 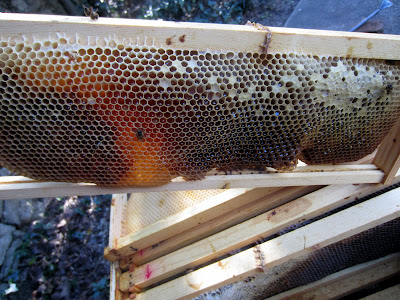 On the frame below, you can see some evidence of their attempts to make a queen. There was absolutely no capped brood or any brood of any kind. 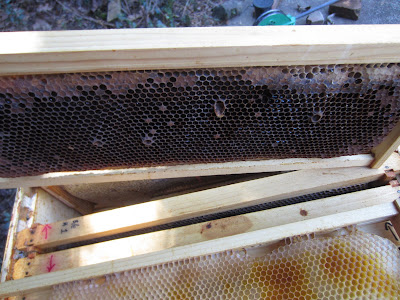 This is clearly a hive that died out from lack of a queen. I should have paid better attention to it going into winter. It's also possible that their queen died fairly early in the winter and they didn't have resources to replace her.

I'm sad that they are gone, but satisfied that I know the cause and that gives me some peace.