The ongoing Tale of the Top Bar

So I opened the top bar to find an entire ant colony camped out on the top of the top bars.  I brushed them all off with my bee brush, but I kept feeling distracted by ants on my hands.  I like the feel of bees walking on my hands, but ants are another story.  Maybe I should sprinkle cinnamon on the tops of the top bars. 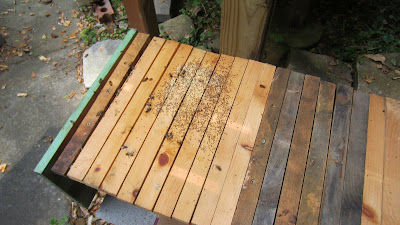 The bees were doing about a B+ job of building comb.  There was some jutting out inappropriately.  One set of two combs - the first two, actually, were joined together.  Comb three on bar three was a little crooked as well.

I tried to straighten it out, but later today thought I might go in and reverse the bar.  I think that would confuse the bees but would at least put a straight comb in position three going forward.  The combs on four and more were not built out to the ends yet, so were straight in the center. 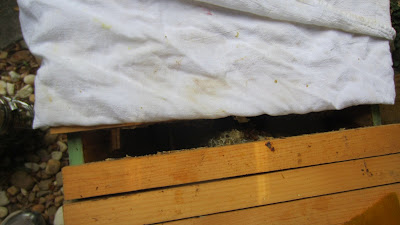 At first looking at the brood on the comb below, I was concerned about the green in the bottom of some of the cells, but now in looking further at the photo, I think the green is grass showing through holes of incomplete cells….at least I hope that's what it is. 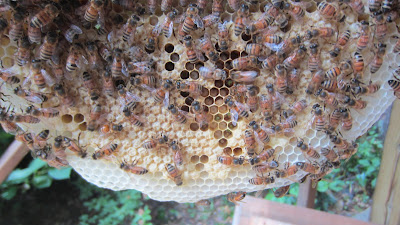 Here is one of the bulging combs - probably the one I will reverse (comb three)….so once again, the top bar is challenging me even though it is in my own backyard and more accessible for keeping up with it. 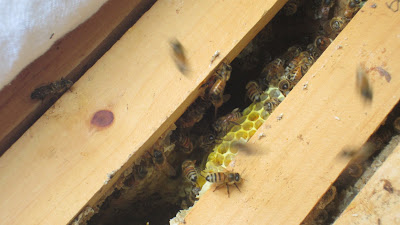