My hives in my Atlanta locations: 30342, 30306, 30316 are thriving.  I have honey boxes on all of the overwintered hives, sometimes stacking up to seven boxes.  The new hives are rocking along as well, with most now up to three boxes on the hives.

My hives in Clayton (30568) are a different story.  The nectar flow in Rabun County about 120 miles north is about a month behind Atlanta.  So these hives are really moving slowly.

A lazy spider has the luxury of creating her abode under the top cover of the Rabun Blue hive. 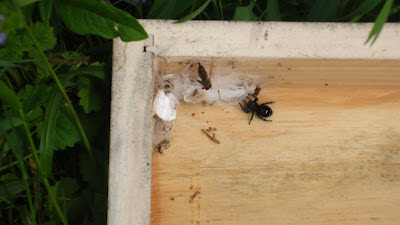 That hive hasn't drawn out the box I gave it on the 20th of April.  I adjusted a few things but didn't add a box although I had one with me for that purpose. 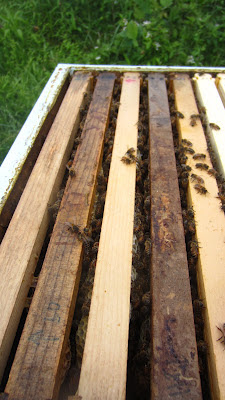 The frames in the top two boxes that were being used were filled with nectar, which is a good sing, but none of it capped as it would be in Atlanta. 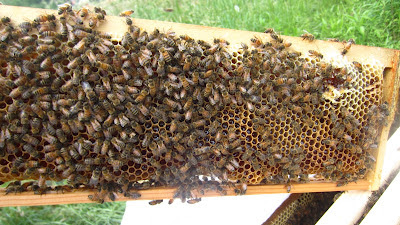 The green swarm hive in Rabun is drawing that pretty yellow wax I frequently see in hives in Rabun at this time of year.  And they are raising brood and growing.  But they, too, didn't need any more space. 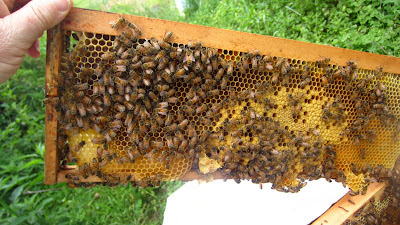 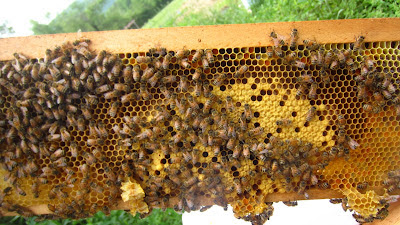 By the way, I think this swarm came from a feral hive that lives in this old abandoned school that is on the edge of the meadow where the community garden is.  I've shown pictures of this hive before.  I walked over to look at it on Thursday when I was there, and they were still busy as bees. 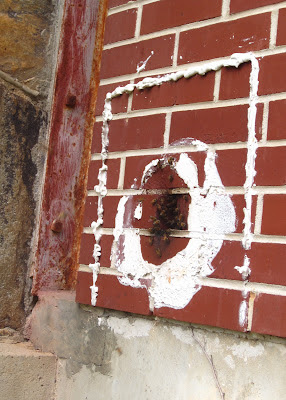