On Saturday I ran a booth at the Foxfire/Mountaineer Festival in Rabun County. I taught a class for children called "Meet the Bee" twice during the day and actually talked about bees to everyone and anyone who came up to my table all day long. When I taught the class, I used the board in the center of the table to show how a bee grows from egg to bee and how a brood comb looks. 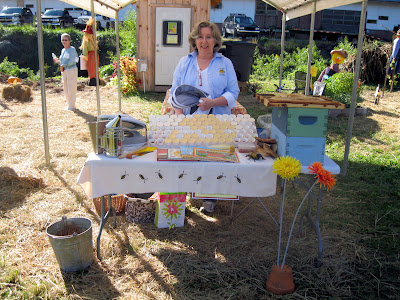 The festival included a scarecrow auction. Here's a collection of the scarecrows. My friend Robin won best in show for his gourd-headed scarecrow holding a little gourd dog in his arm. He's in the center of the photo collage. 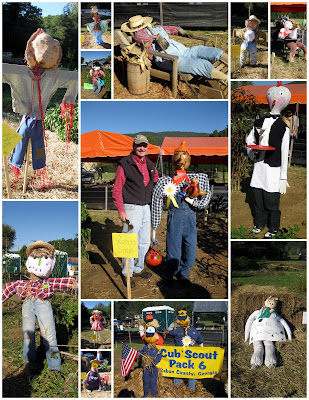 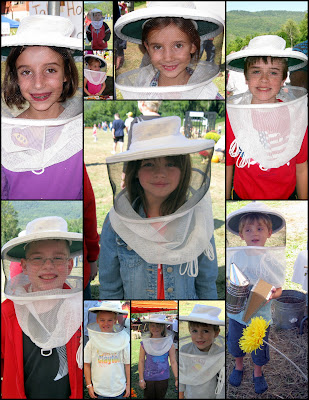 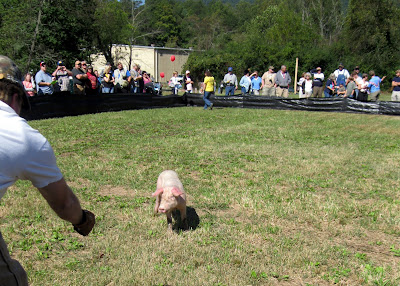 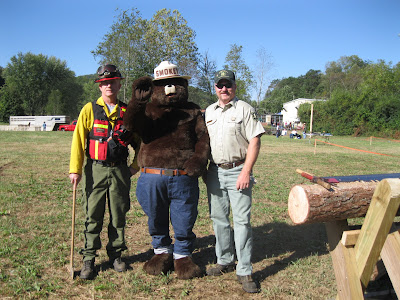 I had a great time and I hope some of the attendees learned a little about the bees. As in any mountain festival, they had a greased pig contest (which I couldn't bear to watch)  and people were there demonstrating how to carve wood with a chain saw. Smokey the Bear was there as well as great mountain music all day long. 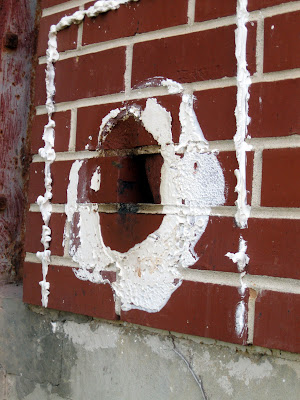 In addition, a man named Steve showed me where a trapout had been attempted to get bees out of the old school building near the field where the festival was held.  The guy said he trapped out NINE pounds of bees but there is still a quite-active hive in the walls of the building.  This picture is of the entry to the hive.  There is one blurry bee flying out if you look hard.

Email ThisBlogThis!Share to TwitterShare to FacebookShare to Pinterest
at 5:10 PM