Death to the Intruder! 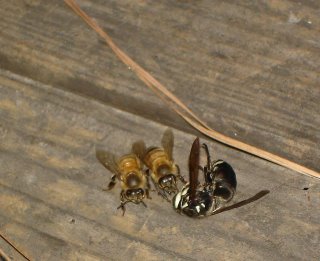 Since bald-faced hornets often like to eat live prey, I wonder if the hornet were trying to kill bees rather than steal honey. The bees won, whatever the motive for the visit of the hornet.

It took two mortician bees to try to remove the body. I watched them struggle for at least 10 minutes.

After a while one bee gave up and left the task to her sister. This poor little bee pulled and dragged the bald-faced hornet until she snagged on a crack in the deck between boards.

Finally she abandoned the task when she had dragged the hornet about 4 feet from the hive stand. 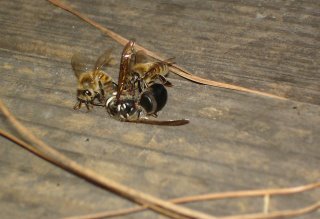 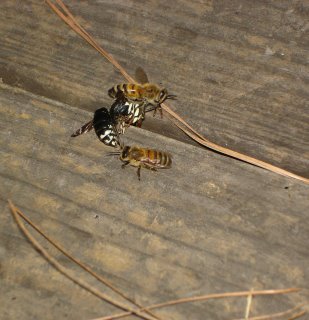 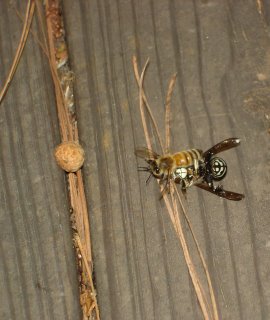