Compared to my two new hives, Bermuda still seems weak and rather pitiful. I did see the queen and she has established a pretty good laying pattern but still only in the medium box. There are many more bees in the hive, but I expected to see even more than I did when I opened the hive. 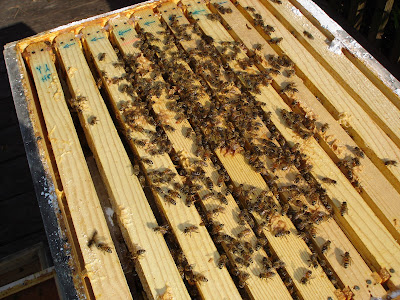 I did another powdered sugar shake on the hive again today, as I plan to every inspection to address the varroa problem. I saw no small hive beetles, but they may be out of the picture until later in the spring. 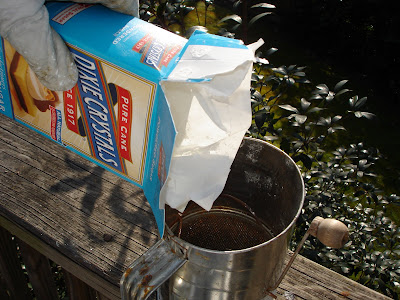 I poured the sugar directly into the sifter and sifted sugar between the frames. I brushed sugar that landed on top of the frames into the spaces after I was finished. 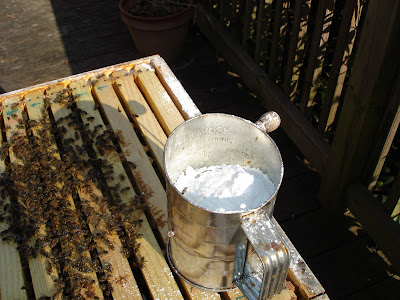 Here's how the bees looked on the inner cover after the sugar shake was finished. 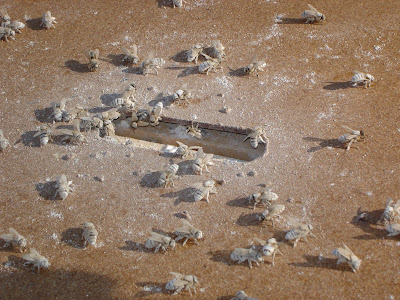