Full On Attack Against the Small Hive Beetle 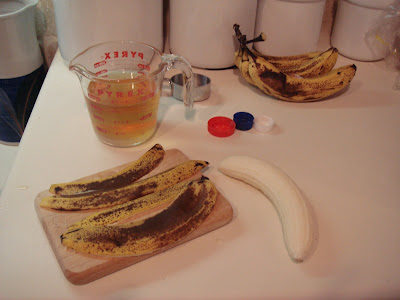 I read on BeeWorks about a new possible method for ridding the hive of the small hive beetle. Every time I open my hives I find SHBs under the inner cover. I smash as many as I can with my hive tool, but they are always there.

Last year I bought an apple cider vinegar trap from Brushy Mountain Bee. I found dead beetles in the trap every time I opened the hive, but also found live ones. The trap is easy to put together and easy to use, but it uses up one frame in the super and I'd like to find something even more effective.

Here are my previous posts on the SHB showing the Brushy Mountain trap and its results:

1. Installing the SHB trap
2. Checking for the 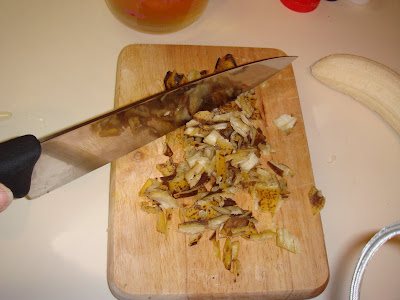 results of the trap being in the hive
3. Looking at drowned beetles who fell into the trap

The men whose method is posted on Beeworks are Sonny Chidister and Mel McConnell. They make a lure like one would use to lure wax moths and put it in a sandwich container with a top on it. The container has the lure in a bottle top and sits in the sandwich container which has FGMO on the bottom of the container. There are small holes poked in the sides of the sandwich holder to allow the beetle access, but too small to allow the bee.

The recipe for the lure is 1 cup water, 1/2 cup apple cider vinegar, 1/4 cup sugar and a ripe banana peel, cut up in small pieces. (I was short 3 T of apple cider vinegar and substituted 3 T of raspberry vinegar - if this doesn't work we can blame the vinegar!)

I mixed the apple vinegar, sugar and water. Then I took my very sharp knife and cut the banana peel into tiny pieces. I added that to the mixture and poured the whole mess into a pint jar. Sonny just emailed me and told me to put the jar outside for a day in the sun and it will be ready to use.

I went to the grocery store to buy the mineral oil and the plastic sandwich containers. Checking out the mineral oil, the clerk looked at me with pity as if she had had to use the stuff herself. I smiled and said, "Oh, this is for my bees." The conversation after that was totally confusing for everyone. What was I thinking, explaining small hive beetles while holding a bottle of mineral oil in my hand!

So the next challenge is to make holes in the plastic sandwich container. I'll let you know how it goes on another post. 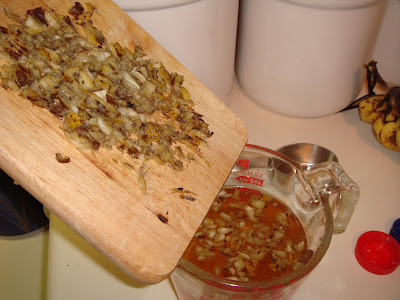 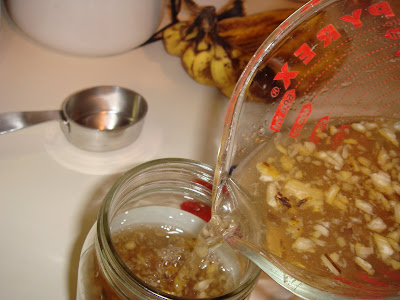