Powdered Sugar and the Bees 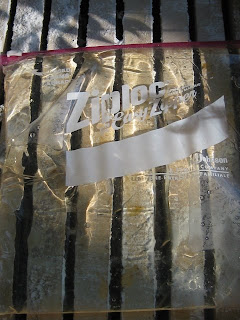 Yesterday I did an inspection of all of my hives to make sure they have enough supplies for winter. I added a Ziploc feeder baggie to Persephone because that hive has been low on stores. I considered doing what a friend on Beemaster's Forum calls the Robin Hood principle: taking a full super from Bermuda and giving it to Persephone, but the drought and dearth being what they are in Georgia, I was hesitant to take any of the Bermuda bees' hard earned product away.

While I inspected, I did a powdered sugar shake on all but the nuc of bees who found me. Then I read this article by Randy Oliver and felt somewhat purposeless in my powdered sugar efforts. He says that powdered sugar really doesn't do much in the fight against the varroa mite and that mite-resistant bee development is the answer. However, he does say that a powdered sugar shake at this time of year, when there is little brood raising going on, may move varroa out of the hive for the winter.

Randy is a scientist and I respect his careful examination of beekeeping tenets. Here's what he said might be effective:
"Sugar dusting can be quite effective for
reducing the mite population in broodless (or nearly
broodless) bees, such as during summer dearths or in
winter (if the bees are not tightly clustered). It also
works quite well to drop mites from package bees,
shook bees, or swarms. Another use is to “clean up”
new nucs (best applied at day 7 after the queen begins
laying--just before the first brood begins to be sealed)."
----Randy Oliver 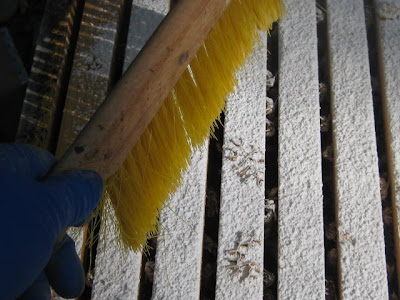 This is what a bee looks like up close and personal when a powdered sugar shake has occurred. 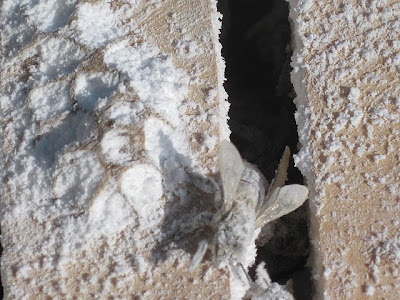 The powdered sugar clings to the hairs on their bodies and they groom themselves and each other to get it off. 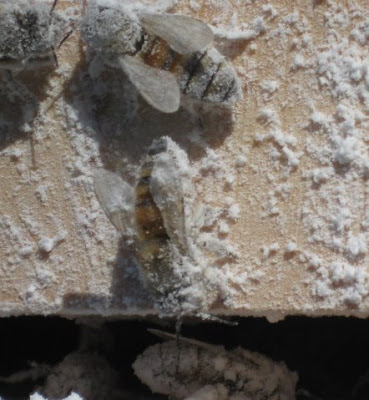 In the grooming process, varroa mites are groomed off as well and fall through the screened bottom board to the ground below, hopefully never to return to the hive. 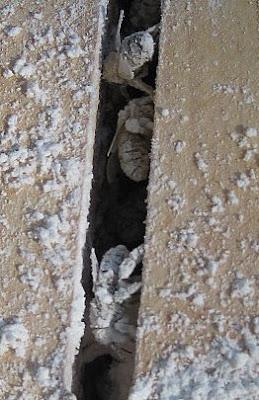