Don's Queen is Doing Well in the Little Nuc

The little blue nuc hive with Don's queen is doing well.  I opened it today and saw five SHBs immediately.  I gave them the hive tool treatment.  I checked the AJ's traps (I have two on the hive) and both had lots of SHB in them.  I mixed apple cider and oil and put it in the traps and replaced them on the hive.

The hive was only occupying the bottom box.  However, the queen is laying nicely as you can see in the photos below.  There's lots of brood as well as new eggs. 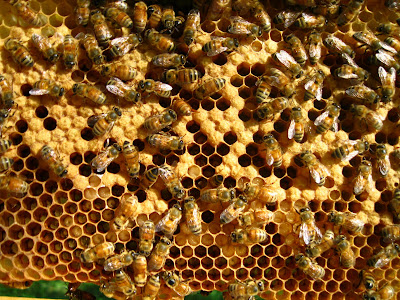 I am hesitant to feed at this time of year - even inside the hive because of the possibility of robbing occurring in the dearth of nectar.  But I may feed these girls with a sandwich baggie feeder to help them build up a little. 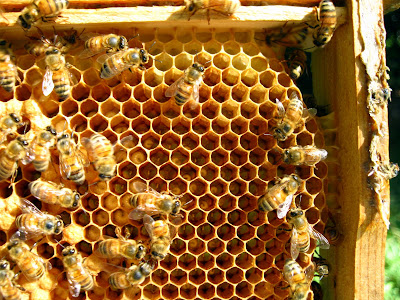 I am pleased they are doing well and only looked at this one frame before closing up the hive.  I thought there would be no point in possibly causing injury to bees or the queen by inspecting further and I had seen what I needed to see.