Introducing Buckhead to Bees and Beekeeping

Yesterday my friend Jay and I had a table at the Buckhead Heritage Festival to show how bees are kept.  Jay brought his observation hive and honey to sell.  I brought bee veils for the kids to try on, honeycomb to pick up, honey to taste, and lip balm to sell.  We had a great time and the groups that stopped by our table were enthusiastic. 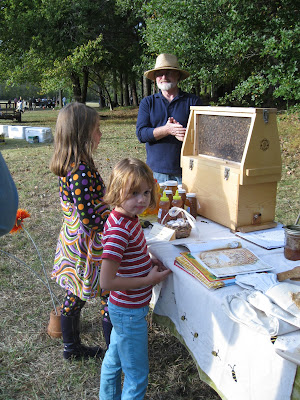 Jay talking to kids about his observation hive. 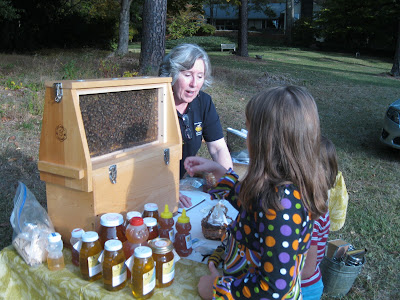 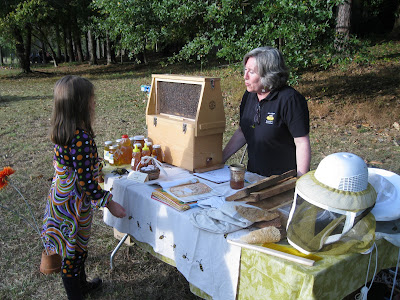 Me, talking to one of our many child visitors. 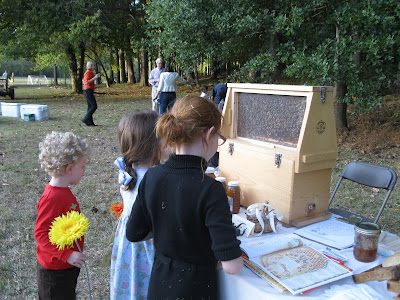 Everyone looked for the queen but we never found her (she's probably in the box below instead of walking around on the frame that was lifted up).
Here are pictures of the many kids in bee veils who stopped, tried them on and were willing to have their picture taken. 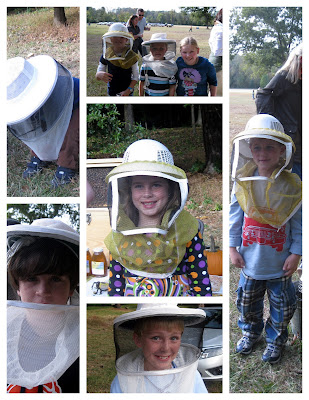 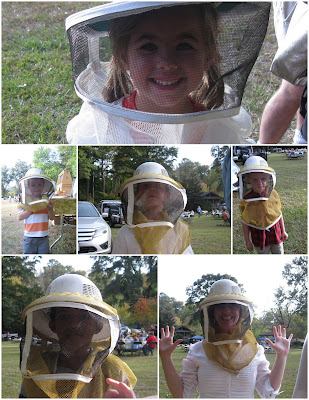 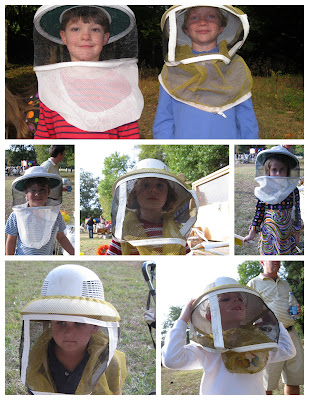 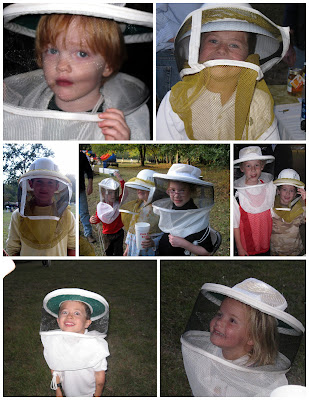 They had a great time and so did we!
Email ThisBlogThis!Share to TwitterShare to FacebookShare to Pinterest
at 4:51 PM
Labels: bee veil, lip balm, observation hive