Queen Release at the Blue Heron

As I returned home today, I stopped at the Blue Heron to see if the new queen had been released. Remember, she had not quite been released on Tuesday. The hive seemed calm and happy. I left my smoker in the car, so it was nice to discover that the bees were calm. 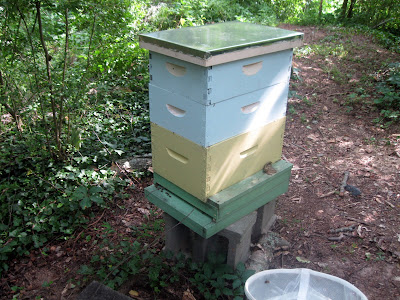 In the second box, the queen had been released and the queen cage was empty. I guess it just took them longer because there was more fondant to eat through. 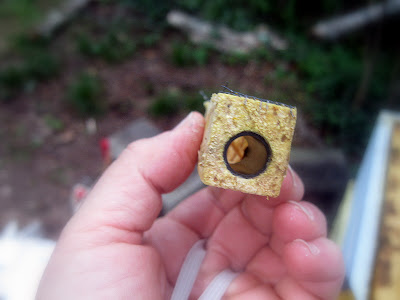 I didn't check to see if she were laying. I would have been so disappointed if she were not, so it was simply enough that she had been released. 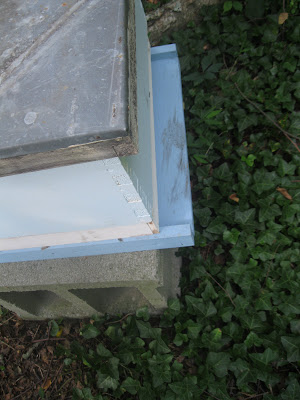 The hive started with the nuc was very quiet - no bees on the landing. I decided even though they were feisty bees and I was without my smoker, I'd still give them a look. As you can see in the photo above, it's a hive in only one deep box.

I am not a foundation user, and this is the first time I've ever looked at black plastic foundation. Wow, can you see eggs and brood well. You can have the same experience looking at the photo below. There is lots of brood and c-shaped larvae on this, the only frame I looked at.

Don't worry, I'm still a foundation-less beekeeper, but I'm glad I've had the experience now of looking at eggs and larve on black plastic - no wonder people like it.  I still think the bees like having the opportunity to make their own foundation and I'm sticking to that!

I am relieved - this hive may turn out to be a good one after all. 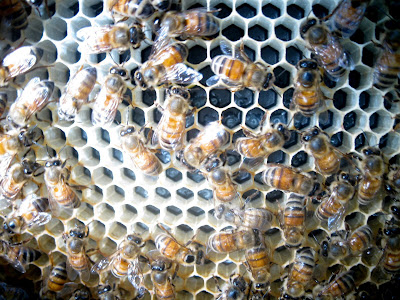 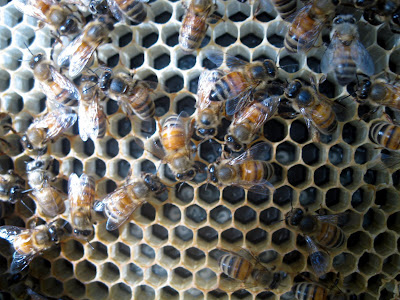