Stonehurst Hives are All over the Place

In preparation for visiting the Stonehurst Place hives today I waxed foundation into sixteen frames.  I assumed I would need to add a box to at least two of the hives over there.  The last time I was there on April 11, I didn't check the largest hive because a UGS doctoral student was collecting samples of the bees in that hive for his research. 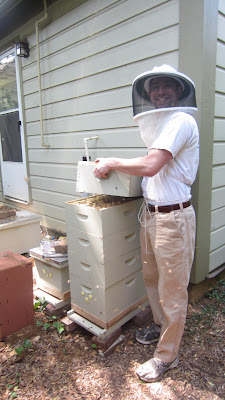 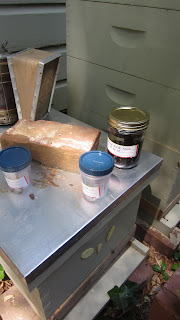 In the service of his research, he probably killed about 300 - 400 of my bees.  But it's for a good cause.  I also had to spend about 40 minutes filling out a survey about how I manage my bees.

So I spent the first part of today waxing frames.  My wax tube fastener kind of bit the dust in the middle - I think it need a long bath fully submerged in boiling water - it seems clogged. 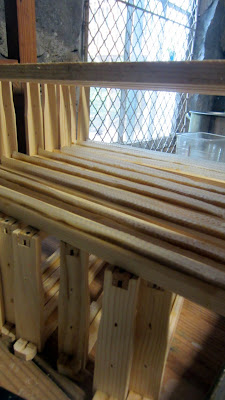 I tried a paintbrush which my friend Jerry says he uses, but just look at the picture.  It did not fare well. 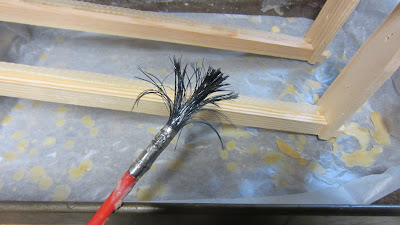 I placed the frames according to Housel positioning in empty boxes to transport them to the inn. 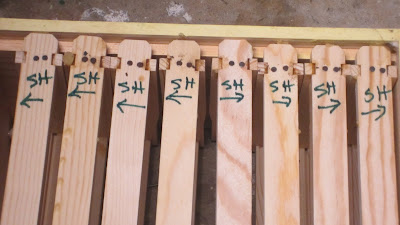 At the inn, I found that Hive One was bursting at the seams, storing honey in comb between the boxes.  I moved the top box off, transferred two honey-filled frames to the new box and inserted the new empty box with the filled frames as ladders between the now sixth and fourth boxes. 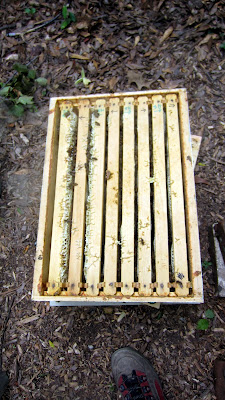 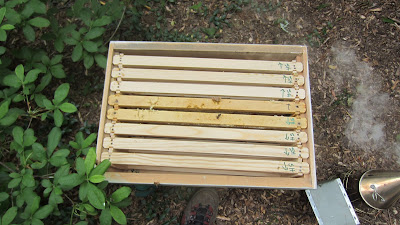 I left Hive One with six boxes on it - the top four solid with honey. 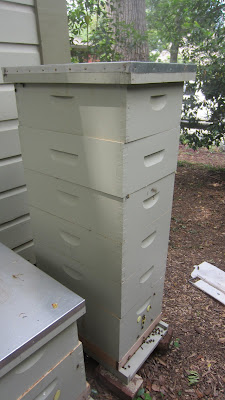 Hive Two had a laying queen but the hive was slow to grow.  They had not really used the second box at all.  I didn't do much at all to that box. 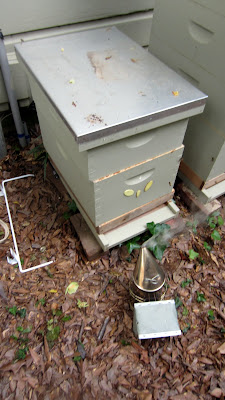 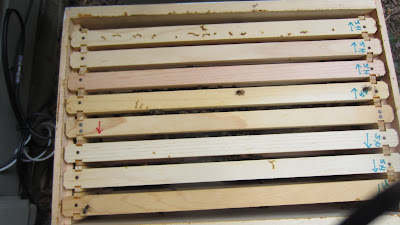 When I was last there about two weeks ago, Hive Three was queenless with about three almost ripe queen cells.  I was sad about this, but this week, I saw eggs - and ripped up queen cells.  The queen has obviously both emerged and started laying.

In contrast to Hive Two, Hive Three had completely filled their second box with nectar.  In the bottom box, they had lots of center-of-the-frame space available for laying and the queen had begun to do so.
I moved two frames of brood, eggs, and honey into what would become the new second box and sandwiched it between the bottom deep and the second box, full of honey.